It’s certainly taxing times for the Sri Lankan cricketers. Outplayed in all three departments, a 3-0 Test whitewash is tough to absorb. Now we’re into the shortest format, a glimmer of hope for the Lions to regain some pride. Let’s take a closer look at the T20 numbers between the two sides. 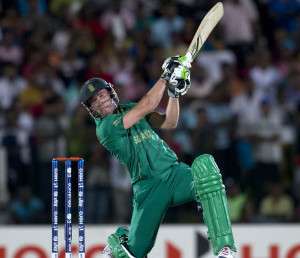 It was a mere 4 years ago that these two sides first played a T20. During the 2012 T20 World Cup, at Hambantota, South Africa won by 32 runs in a rain impeded game. Reduced to only 7 overs, South Africa smashed 78/4. Skipper ABD was on song making a brutal 30 off just 13 deliveries. The hosts managed only 46 runs in their 7 overs.

The last time these two sides met was during the 2016 T20 World Cup in India. South Africa registered a massive 8 wicket win at New Delhi.

Sri Lanka are yet to face South Africa in their home territory. South Africa have played 41 T20s on home soil and have registered victories in 24 T20s losing 17.