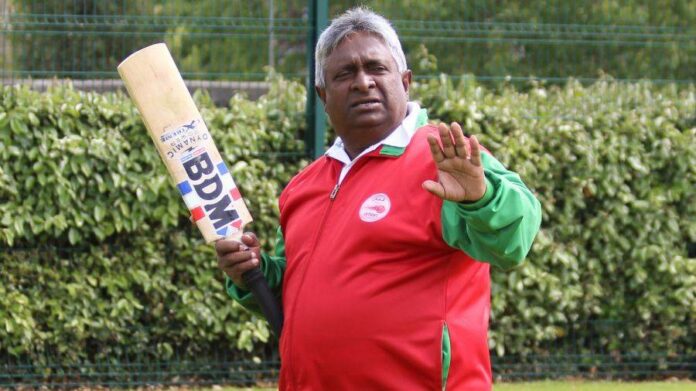 Coaching is a passion. Once you get onto it, there’s no way out. St. Peter’s basketball legend Clifford Grieg shares his knowledge on the game with a few underprivileged schools and he’s quite good at it. But he never gets into coaching. If you ask him why, he would say coaching is addictive, far worse than drugs.

Time was when Jonty Rhodes, during a media briefing in Colombo, was asked what he preferred to do after his impending retirement as a player. He was pretty adamant that he will not take up coaching. Asked to elaborate, he added that he would make a horrible coach as his cover drives went through mid-wicket. Today he makes a living out of coaching and he’s quite popular too. Even Sri Lanka hired him on a short two week stint to coach local players.

The first tour Australia made soon after winning the 1999 World Cup was to Sri Lanka. That was in September. It was coach Geoff Marsh’s last assignment and he said that he was going to retire having won both the World Cup and the Ashes. Yet, three months later, when Zimbabwe toured Sri Lanka in December 1999, Marsh was in Colombo as the Head Coach of Zimbabwe. Brian Thomas wasted no time in asking him in the press conference what’s he doing having told us that he wants to take a break. His reply was funny; ‘I got chased out of home’.’

You have known players who have said that they will not take up coaching as they hate living out of a suitcase but the first thing they do after retirement is to take up coaching positions. Initially, it’s short term and then they get hooked onto it full time. Of course the money is good but it is the passion to be involved with the game that lures you in.

There are two known faces handling franchises in the ongoing IPL. Mahela Jayawardene has an enviable record as coach of Mumbai Indians while Kumar Sangakkara has accepted a challenging job with Rajasthan Royals. There are also Muttiah Muralitharan and Mario Villavarayan with the Sunrisers.

Elsewhere some other prominent Sri Lankans are making steady progress. Duleep Mendis with his vast knowledge had been used by Sri Lanka Cricket whenever there was a crisis. If you remember the 2003 World Cup, there were a few batting debacles leading up to the event and the board thought Duleep was the ideal man to fix the crisis. And he fixed it. His approach to batting was nothing scientific. It was based on simple theories, like if the ball is there to be hit, hit it.

Soon after the World Cup he returned to a desk job functioning as Director Cricket Operations and CEO at SLC. Many thought that his on field days were over. Here he is proving us all wrong again doing throw downs to players having already become a grandfather. Mind you, Mendis will turn 70 next year.

It is a huge step that Oman have made by qualifying for the upcoming World Cup. Duleep has not just developed Oman’s cricket but has looked into their overall structure. They have also nicely built up their infrastructure and ICC has drafted in Oman to host a portion of this World Cup.

By the time Sri Lanka go to Oman, you can be assured that Mendis would have done all the planning and assessed strengths and weaknesses of every Sri Lankan player. The fact that Sri Lanka will be without three of their leading players for the Oman leg; Kusal Perera, Wanindu Hasaranga and Dushmantha Chameera is a worry for Dasun Shanaka. Although, on paper, Sri Lanka are the stronger side, cricket is such a funny game that anything can happen on a particular day. Mendis is someone who will not leave many things for chance.

Meanwhile, there are other Sri Lankans who are making huge strides in coaching. Former Head of Coaching at SLC Asanka Gurusinha has moved to Nigeria as Head Coach while Tilan Samaraweera has taken up a role as Batting Coach of New Zealand. Former left-arm spinner Rangana Herath is with Bangladesh as Spin Bowling Consultant while Chandika Hathurusingha has gone back to New South Wales to nurture more men like Steve Smith.

There is also Naveed Nawaz who has made immense progress with Bangladesh, whose under-19 team he guided to a stunning win in the ICC Youth World Cup before the pandemic broke out.

Indications are that Nawaz may return to Colombo to take up a key coaching position with former captain Roshan Mahanama earmarked as a possible contender to take over the role of Head Coach of the national cricket team.

It seems that Sri Lankan coaches are everywhere at the moment except in Sri Lanka.  Many of them are doing a damn fine job too. Maybe it’s time for them to look after home affairs.