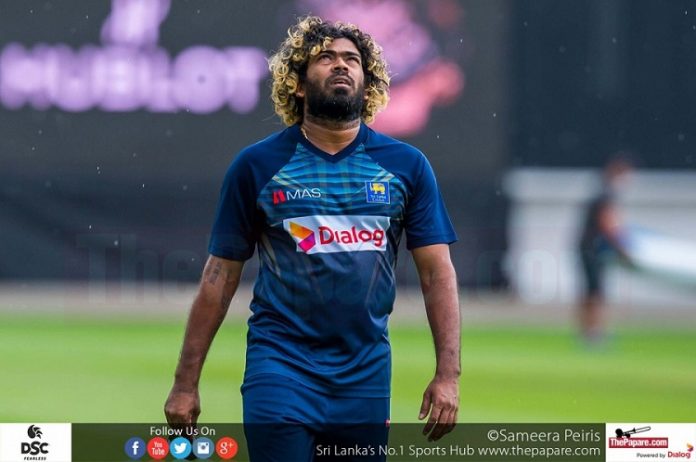 Experienced seamer Lasith Malinga has been dropped from the Sri Lanka ODI squad to take on Pakistan in the five-match series in the UAE, ThePapare.com learns.

34-year old Malinga had been out-of-form since making a comeback to the ODI team after a 19-month injury hiatus. He has taken only 10 wickets in 13 matches at 62.30 delivering 103.5 overs. He was also heavily criticized for poor fitness and fielding over the last few months.

“In the Zimbabwe and India series I couldn’t play well. I’ll see where I’m at after this series, and evaluate how long I can play given the way my body is. No matter how experienced I am – if I can’t win a match for the team and do what the team needs, there’s no point in me being here.” Malinga had said at the end of the recently concluded series against India.

Angelo Mathews, who is out of the current Test series due to an injury, is expected to be fit in time for the ODIs; the squad led by Upul Tharanga will be announced in the coming few days.

The five-match ODI series will commence on the 13th of October in Dubai.

Sri Lanka pummel hosts to make it to Final