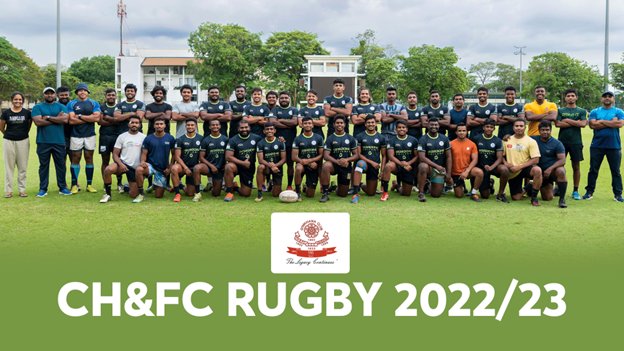 Colombo Hockey and Football Club more fondly known as CH&FC will be fielding a new look side for the 2022/23 club rugby season with a mix of experience and youth in the squad.

A dominant force in the local rugby during the 80s & the 90s, CH&FC have won a total of 10 titles. Their last success in the league came over the decades ago in year 2000 where they were the winners of  the Caltex Rugby league.

CH&FC which boasted of a promising squad in the 2021/22 season that was packed with big named players and managed to finish third in the league behind Kandy SC and Havelock SC respectively.

Former Isipathana and Havelocks Sports Club Hooker Prasath Madushanka has been handed the responsibility of skippering the ship for the gymkhana club with Asanga Rodrigo as the Head Coach assisted by Dhanushka Botheju who will be in charge of the forwards.

The Gymkhana club will be banking on the some of their experienced campaigners in the likes of skipper Prasath Madushanka, Dushmantha Priyadarshana, Sudarshana Muthuthanthri, Janidu Dilshan, Avishka & Avantha Lee, Yositha & Rohitha Rajapakshe to lead the way during the season.

Some of the standout performers at the recently concluded Dialog Schools Rugby league and some exciting young talent have also been acquired by CH&FC and will be hoping that the younglings hit the ground running during the season.  Soorya Dodangoda, Venura Kodagoda and Malith Mihisara of the league and Clifford cup wining  Isipathana outfit will be players to watch out for alongside Johan Ogbebor of Wesley College who will most probably don the #12 jersey.