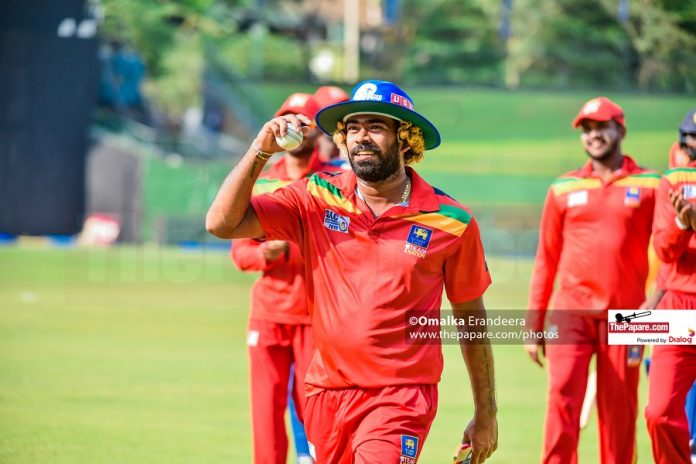 Lasith Malinga who shined with the ball for the Mumbai Indians in their win last night (03) in the Indian Premier League (IPL), returned to Sri Lanka in the early hours of Thursday (04) before he went on to register a performance to remember in the SLC Super Provincial Tournament opener against Kandy in Pallekelle.

Malinga recorded astonishing figures of 7/49 bowling his quota of 10 overs at a stretch, as he led his team Galle to a commanding 156 run victory over team Kandy.

Left-handers Minod Bhanuka and Milinda Siriwardana also chipped in with useful 30’s as Galle posted a competitive total on a tricky surface.

Quick bowler Kasun Rajitha bowled an impressive spell as he went on to capture 3/44, while leg spinner Jeffrey Vandersay also chipped in with three scalps.

Kandy’s run chase never got going as they were bowled out inside 19 overs for a paltry 99 runs, but skipper Dimuth Karunaratne fought a lone battle for team Kandy as he carried his bat through the innings to remain unbeaten on 35* runs.

Dushmantha Chameera also captured three wickets for Team Galle as their skipper Malinga went on to capture his career-best figures in List A cricket.