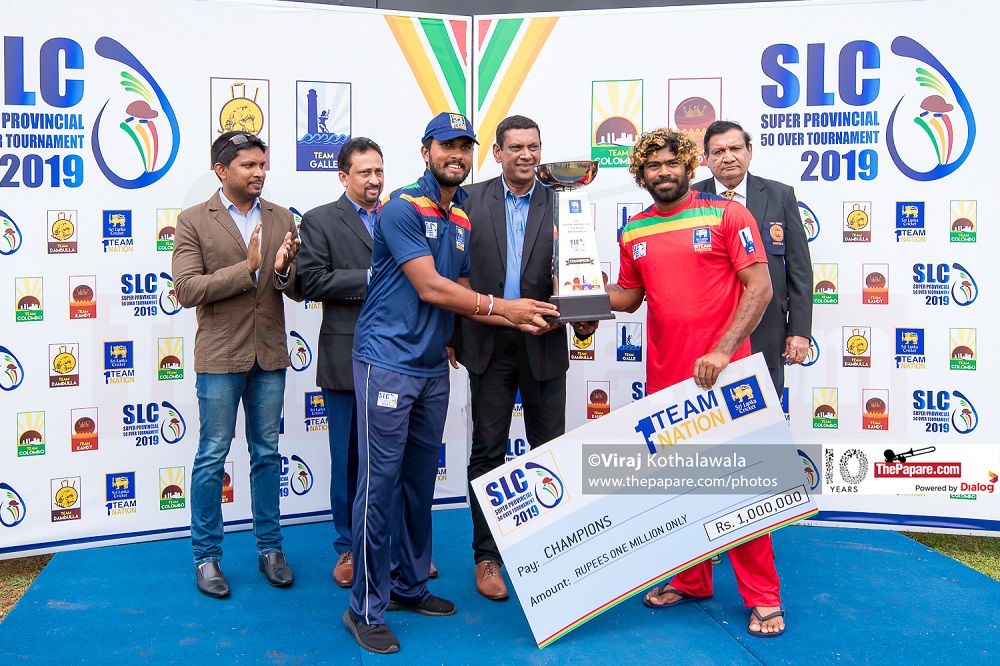 Galle and Colombo shared the SLC Super Provincial Championship after rain marred the Final, which concluded without a result on Thursday in Dambulla.

Sri Lanka’s Test opening batsman Lahiru Thirimanne struck a well-executed hundred to propel Galle to 337 for 7. But, the Colombo innings never got underway as heavy rains washed off the second innings of the match.

Earlier, Galle skipper Lasith Malinga had no hesitation in batting first on a placid surface. Opening batsman Sandun Weerakkody was trapped plumb in front by Suranga Lakmal as Colombo struck as early as the first over.

Thirimanne found an able partner in Dhananjaya De Silva and they added 59 for the second wicket but a cluster of wickets derailed the Galle innings before Wanindu Hasanga joined Thirimanne in the middle. De Silva and Milinda Siriwardena made identical scores of 32.

All-rounder Hasaranga played a gem of an innings at number six, hammering 13 fours and 1 six on his way to a 53-ball 87 as Galle shifted gears and gained momentum in their innings.

Thirimanne anchored the innings from one end with a fine 115 off 128, with 9 fours and 1 six. Thirimanne and Hasaranga added 144 runs for the fifth wicket as Galle inched towards the magical 300-mark.

Lahiru Madusanka and Minod Bhanuka made 21 and 24 respectively to get Galle over the 300-run mark.