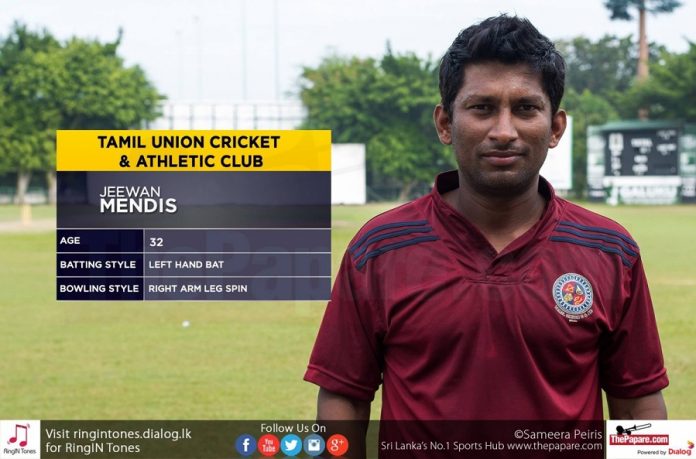 Mendis in-fact went on to capture astonishing figures of 9/53 as his effort helped Tamil Union to restrict SLPA to 245 all-out.

His figures were also the best bowling figures in a first class game for the year 2018  as he continued his good form with the ball after a successful stint in the South African domestic T20 league.

Ruvindu Gunasekara and Prashan Wickramasinghe made half centuries for SLPA but Tamil Union ended the day on top as they reached stumps at 28/0.

A bold reply by SSC put them on top in their encounter against Negombo Cricket Club, who made 212 all-out batting first.

The reply was led by Sandun Weerakkody who smashed his way to an unbeaten 59* while Kaushal Silva made a sedate unbeaten 25*.

CCC were on top at close of play in their encounter against BRC thanks to the brilliance of their quick bowlers.

It was was Sri Lanka’s discarded Test quick Vishwa Fernando and Lahiru Gamage who shared 7 wickets among them to skittle BRC out for just 105 runs.

CCC reached 154/2 when stumps were drawn with Minod Bhanuka and Madawa Warnapura making half centuries.

Priyamal Perera’s century was the highlight in the encounter between Badureliya and Colts that began today.

Perera went on to remain unbeaten on 105* while Vishad Randika made 85 to help Colts reach 294/8 at stumps.

Fast bowler Buddika Sanjeewa bowled his heart out to capture 5/57 for Badureliya SC.

Army made 196/7 against Chilaw Marians on a pitch that didn’t offer too much for bowlers with Lakshan Edirisinghe making 76.

Pathum Nishshanka followed up his double century last week with 163 for NCC today.

His knock enabled NCC to get to 330 all-out with skipper Angelo Perera also making a half century.