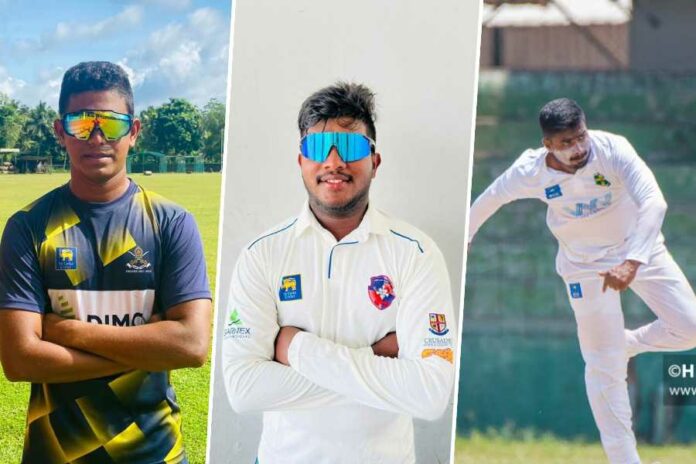 The 6th week of the SLC Major League Tournament 2022 began today (23rd September), as 12 new matches kicked off as usual.

The opening day of the 6th week matches saw a total of nine tons being scored, while only two bowling performances of 5 or more wickets were recorded. Interestingly, nine out of the twelve games saw 300-plus runs being scored in the allotted 90 overs for the day with impressive scoring rates.

Lankan CC had a brilliant day 1 against BRC as they amassed 323 for the loss of just 3 wickets after being put into bat first. Desperate for more points to move up in the points table, the Lankans were given a huge boost by the two tons of Prasansana Jayamanne and Deshan Dias. Dias scored 130, while Jayamanne remained unbeaten on 138.

Moors SC also scored more than 300 as Pasindu Sooriyabandara’s unbeaten 123 helped them reach 336 for 5 at stumps against SSC at SSC Grounds. Minod Bhanuka’s 105 and Vishva Wijeratne’s unbeaten 102 guided CCC and Kandy Customs  to get to 355 and 321 respectively. Kandy Customs are currently placed last in Group A, and this game against Ragama CC is very crucial for them.

The second highest wicket-taker of the tournament, the ambidextrous Tharindu Ratnayake, claimed yet another haul of 6 wickets for Sebastianites C & AC as his performance helped them restrict Kalutara TC for 210.

Group B was lightened up by a blistering Vishva Chathuranga century, as the left-handed wicket-keeper batter amassed 172 in 182 deliveries for Chilaw Marians CC in his first game of the tournament. The Chilaw Marians ended the day on 367 for 4 as they took on Bloomfield C & AC, who are desperate for points with them sitting at the bottom of the table. The highest run-scorer of the recently concluded limited overs tournament, Kasun Vidura, scored a century for Chilaw Marians as well.

In contrast to most of the other games, the game in Katunayake between Ace Capital CC and Army SC saw a staggering number of 23 wickets falling on day 1. Apart from the 2 wickets taken by Ace Capital seamer Nimsara Atharagalla in the first innings, all other wickets were taken by spinners. The highest-wicket taker of the tournament, Kaumal Nanayakkara, had a great outing as he claimed yet another 6-wicket haul to help Army restrict the hosts for 82, in reply to Army’s modest first innings score of 133. The day ended with Army on 46 for 3 in their second innings, leading by 97 runs.

All 12 games will resume tomorrow for the second day’s play.