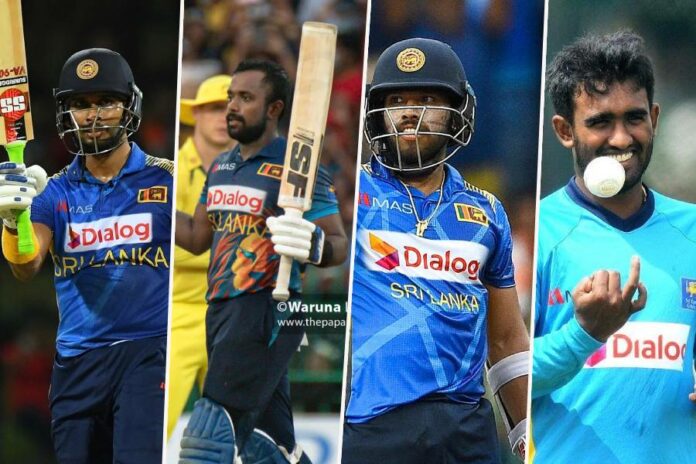 Sri Lanka Cricket have announced the squads and fixtures for the 4 team Invitational T20 tournament which will take place in August due to the postponement of Lanka Premier League Season 3.

The 7-match, 4-team tournament will take place at the R.Premadasa International Cricket Stadium across 4 days (9th, 11th, 14th, 16th final). Two matches are scheduled to take place on each day with 1 happening in the afternoon (3.00PM Start) and the other being a night encounter (7.30PM Start). Each team will play the other 3 teams once in the league stage and the 2 top teams after the end of the 6 league matches will play in the finals under lights on the 16th of August.

Charith Asalanka is all set to take the reins as the skipper of SLC Blues and he will marshal a team which consists the likes of Dhananjaya de Silva, Dhanushka Gunathilake, Chamika Karunaratne, Lahiru Kumara and Praveen Jayawickrama.

Sri Lankan white ball captain Dasun Shanaka has been given the responsibility of leading SLC Greens and by his side will be Dinesh Chandimal, Niroshan Dickwella, Pathum Nissanka, Binura Fernando and Nuwan Thushara.

The 4th and final team of the tournament will be led by Ashan Priyanjan who is one of the most experienced players in the Sri Lankan cricketing circuit. The SLC Greys have 15 men who did really well in the recently concluded Major Clubs T20 tournament like the best batsman award winner Ashan Randika, Best Bowler award winner Akila Dananjaya and youngsters who shined like Movin Subasinghe, Muditha Lakshan and Duvindu Thillakaratne.

The tournament will kickoff with SLC Reds taking on SLC Greys on the 9th. This tournament will be considered like somewhat of a trial for the upcoming Asia Cup and the T20 World Cup down under.

Stay tuned to ThePapare.com for all latest developments regarding the SLC Invitational T20 League.