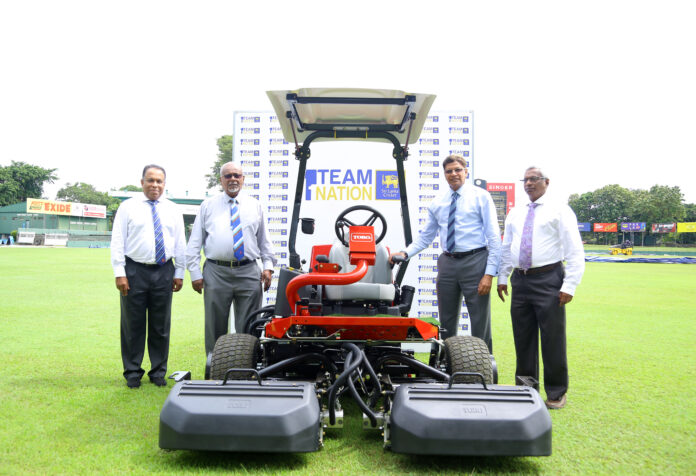 Sri Lanka Cricket (SLC) donated a high-powered turf cutter to SSC, following a request made by the Club Officials.

The high-powered triplex mower designed for superior performance is one out of two such machines used to maintain a cricketing ground in Sri Lanka.

“SLC invested in two high-powered turf cutters and decided to donate one to the SSC Sports Club to maintain its Ground, and we know, the donation adds value, as SSC is one of the leading test venues in Sri Lanka, whilst going forward, we will introduce the same to other international venues as well,’ said Mr. Mohan de Silva, Honorary Secretary of Sri Lanka Cricket.

The other high-powered turf cutter was handed over to the R. Premadasa International Cricket Stadium to maintain its ground.