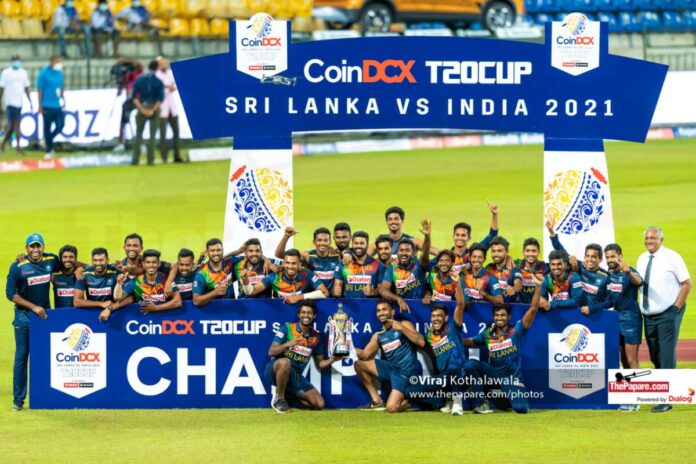 Sri Lanka Cricket wishes to congratulate the National Team for the excellence shown on the field during the T20i series played against India, thus winning the series 2 -1.

The Executive Committee of Sri Lanka Cricket lauded the effort of the players, coaches, and the support staff for bringing this much-needed victory, which it believes will augur well for the National team going forward.

Hence, in order to recognize this victory, the Executive Committee of Sri Lanka Cricket decided to award a sum of US$ 100,000 for the National team