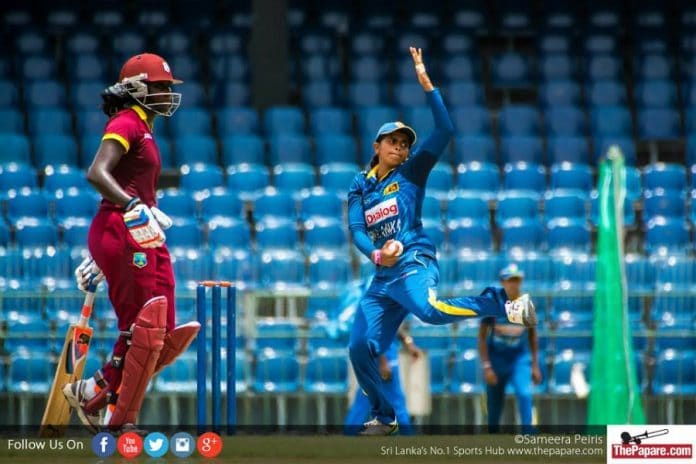 Shashikala Siriwardene picked up 3/26 in the rain hit 3rd ODI between Sri Lanka and West Indies at the Brian Lara Stadium in Trinidad but could not prevent the Windies from claiming a 40-run win to claim the 3-match series 3-0.

Sri Lanka Women’s skipper Inoka Ranaweera won the toss and elected to bowl first after the game was reduced to 45 overs per side due to bad weather. The visitors struck early through Chandima GUnaratne but an 83-run stand for the 2nd wicket between Hayley Mathews and skipper Stafanie Taylor put the Windies on course for a big total.

Siriwardene sent both of them back to the pavilion as Sri Lanka managed to pull things back somewhat but Merissa Aguileira once again steadied the innings to take the hosts to a competitive 182/8.

Sri Lanka’s chase got off to a terrible start as they lost opener Nipuni Hansika in the very 1st over and then slumed to 18/2 with the dismissal of star batter Chamari Atapattu.

Dilani Manodara and wicket-keeper Rebeca Vandort nearly made a fist of it with scores of 42 and 36 respectively but the required rate climbing, the visitors eventually folded for 142 in the 41st over.

The teams will now move to Antigua for the 3 match T20I series which is scheduled to begin on Friday, 20th October. 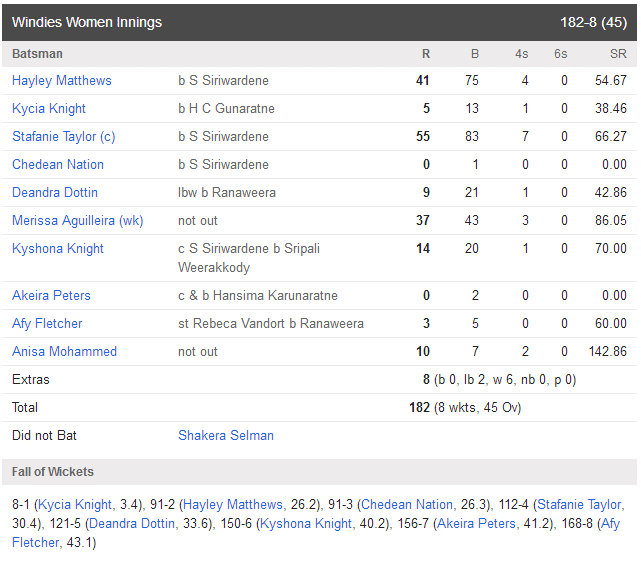 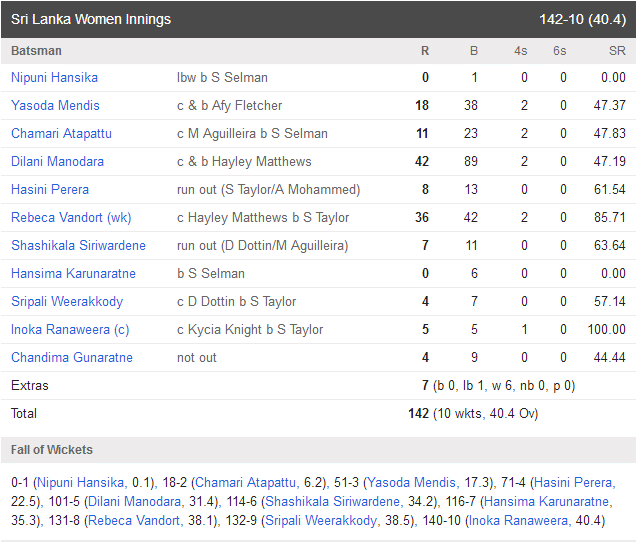