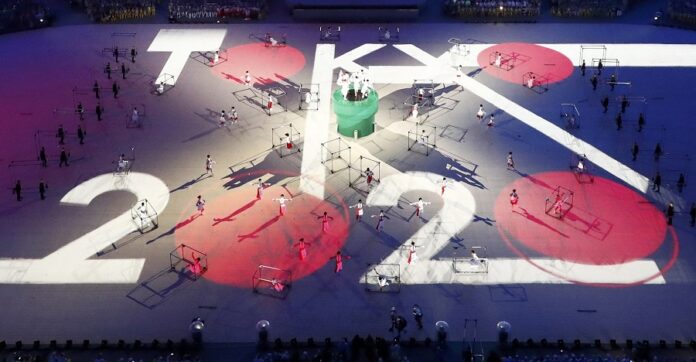 The Corona virus pandemic has torn apart communities and economies, leaving nearly 3.5 million deaths in its wake since late 2019. Despite the situation, there seems to be no official word on the Tokyo Olympics, rescheduled from last year. For now, the Games look set to go ahead, but should it?

The situation in Japan is dire and has escalated in the recent weeks, with Tokyo itself under a state of emergency, along with a number of cities around the country. Voices to cancel the games altogether are gaining momentum, with anti-Olympic protesters taking the streets in Japan.

Since late 2019, Japan has seen over 11,000 deaths due to Covid-19 and many have also criticized the government’s vaccine program, describing it as one of the slowest in developed countries. Among the opposition to the Games, is also the Tokyo Medical Practitioners Association, who have reportedly urged the government to reconsider their decision to go ahead with the event.

Public opinion on the Olympics have dropped drastically over the past month. In a new survey conducted to assess public opinion, 83% of those polled indicated that they did not want the Olympic and Paralympic Games held in Tokyo, a figure that stood at 69% in April.

Japanese authorities had expressed confidence of carrying out the Games safely in the past, however, the recent spike of cases may have forced them to take a step back, with Prime Minister Yoshihide Suga reiterating to the public that the government would ‘not put the Olympics first’.

But is the decision in the hands of Japanese authorities?

The answer may not be as straightforward as we would like. According to the contract between the International Olympic Committee and the Japanese organizers, a decision on the games can only be taken by the IOC. Sports Lawyer Alexander Miguel Mestre, who spoke to the BBC, indicates that this is because the Games are the ‘exclusive property’ of the IOC.

While the contract between the two entities is typical, no one could have foreseen the events of the past year and a half. A breach in contract is unlikely to happen, so the cancellation will need to come via an agreement between the IOC and the Japanese authorities.

The impact of a cancellation or postponement will be huge. Obviously, there are billions of dollars at stake for the IOC and Japan, some of which could be covered by insurance, but the losses to other entities like the hospitality industry could be massive.

The games have faced a number of setbacks already. The celebrated Olympic Torch relay has seen a number of delays and postponements while several towns that were set to host athletes during the games have pulled out, in the fear of the games fueling covid numbers.

Last week, the US track and field team canceled a pre-olympic training camp in Japan due to the same concerns, while many athletes too have voiced concerns about safety.

If the Games do go ahead, the best-case scenario will see no international fans, while there is also a likelihood that the Games could take place in empty stadiums, the implications of which are self-explanatory.

Amidst all this and the risk of public safety, why do the powers that be STILL want the games to go ahead?

The money is one factor, one that can’t be ignored, no doubt. But, there is more at stake than money, especially for Japan. If canceled, it would be only the 4th time in history for this to happen. The previous 3 times the Games were called off, in 1916, 1940 and 1944 were all as a result of the 1st and 2nd World Wars.

The next Olympic event, the Winter Olympics, are set for 2022 in Beijing, China, an archrival of Japan. With the situation in China considerably better, the Winter Games are sure to be a spectacle. Moving the Summer Games to 2022, is then probably out of the question.

Another factor to consider is that Japan has experienced an economic stagnation over the past few years. Hosting an event of the magnitude of the Olympics would be a considerable boost to the Japanese people and also could prove to be a rallying point similar to the last games hosted by the country. The 1964 games were seen as a symbol of the country’s rehabilitation and revival following the events of the 2nd World War.

Finally, the athletes. Making it to the Olympics is a dream only a select few athletes have the honor of realizing. The achievement is a culmination of years of hard work. Postponement or cancellation could mean the end of that dream for many athletes. The uncertainty surrounding the games may already have pushed a few off their game, with qualification events and training having to be canceled or rescheduled.

What does all this mean for the Sri Lankan contingent?

At the moment, only Mathilda Karlsson has officially qualified (Equestrian), while Gymnast Milka de Silva is likely to get in as well. Ushan Thiwanka (high jump) is another close to the automatic qualification mark, but the Sri Lankan contingent is likely to be slim, with athletes having to overcome numerous obstacles in the bid to qualify for the games.

Training has no doubt been a challenge, with the third wave of covid racing through the country (Karlsson, de Silva and Thiwanka all train overseas). The only hope for the athletes is through the National Championships which are scheduled for this weekend. According to the National body, only events where athletes have a chance of achieving automatic qualification standards are set to be conducted during the nationals, as athletes like Dilshi Kumarasinghe (800m) make a last-ditch effort to secure a journey to Tokyo.

The athletes will no doubt be keen to participate in the Games, but there are so many questions left to be answered, the key one being if the NOC or the IOC can guarantee the safety of athletes. The Olympic Games isn’t like any other World competition, the sheer scale of it would be enough to confound organizers; with the challenges of the pandemic, this becomes even more arduous to handle.

Currently, the NOC is reportedly looking at the possibility of housing the entire Sri Lankan contingent in one location (including media and officials), but they will also need to have plans in place for whatever situations may arise if the games go ahead.

As it stands, the IOC seem determined to go ahead with the Games and confident that they will be able to do so safely, despite the criticism and opposition from those around the World. What these Games will look like however, is something we will have to wait and see.