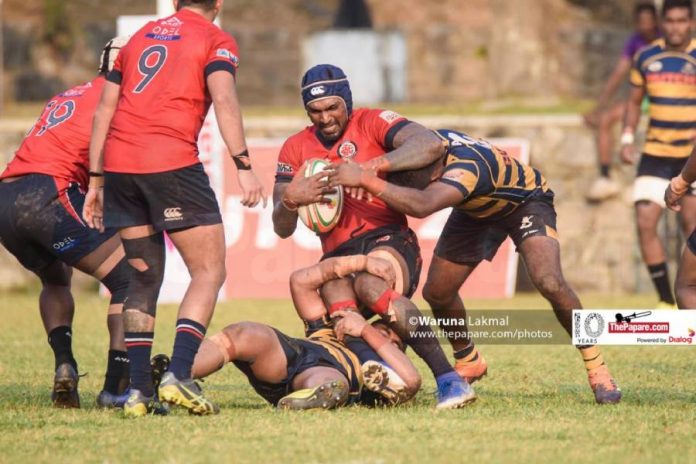 CR & FC second row player Sharo Fernando who was in the midst of controversy following a red card last weekend in the Army SC v CR & FC game at Welisara, was declared eligible to play this weekend after tournament organizers Sri Lanka Rugby (SLR) declared the red card to be null and void.

Read More : Bans handed out as another CR player Suspended!

Earlier this week, the disciplinary committee handed Fernando a one-match suspension owing to the infringement that he committed in the 11th week of the Dialog Rugby League where referee on duty Ishanka Abeykoon issued two yellow cards that resulted in a red.

The 30-year old is an exceptional player on the field playing his 10th season in the Dialog Rugby League. CR & FC who will be travelling to Kandy for their crucial encounter against Kandy Sports Club were set to name their playing fifteen without the services of Fernando but with the decision overruled last evening(21st), Fernando is set play a vital role in tomorrow’s(23rd) game at Nittawela.