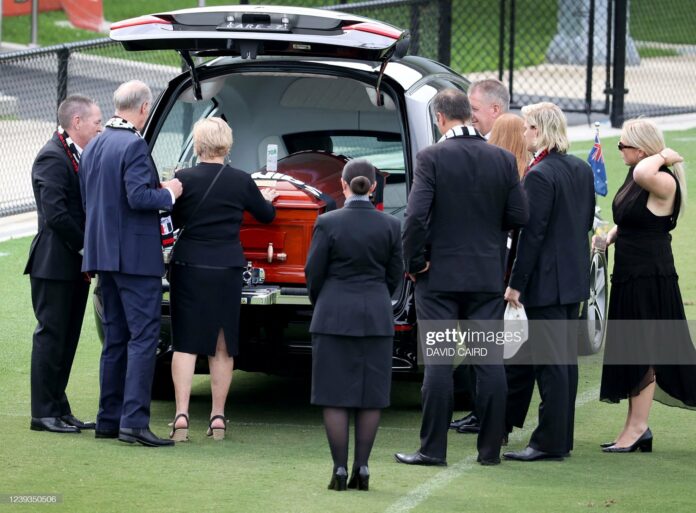 Shane Warne’s family and friends paid tribute to the cricketer at his private funeral in Melbourne on Sunday.

The legendary Australia spinner died aged 52 on 4 March in Thailand.

The private service at the St Kilda Football Club ground was attended by about 80 people, including former Australia captains Michael Clarke and Allan Border.

Warne was a lifelong fan of the AFL side and his hearse completed a lap of honour at the ground.

A state funeral will be held for Warne at the Melbourne Cricket Ground on 30 March.

Leg-spinner Warne is widely considered one of the greatest cricketers of all time.

He took 708 wickets – the second most of all time – in 145 Tests across a stellar 15-year international career for Australia.