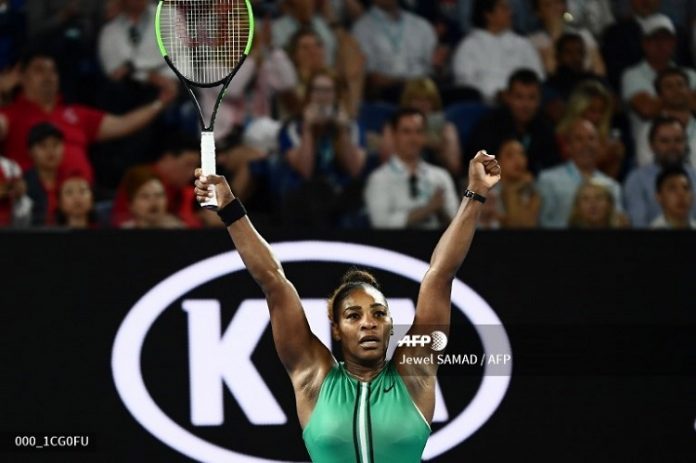 Serena Williams subdued a stubborn fightback from world number one Simona Halep to take her quest for a record-equalling 24th major into the Australian Open quarter-finals Monday.

The 37-year-old American beat the Romanian top seed 6-1, 4-6, 6-4 in an epic three-setter to line up a last eight clash with Czech eighth seed Karolina Pliskova.

It was Williams’ first match against a world number one since returning after having a baby in September 2017 and the American showed why many already regard her as the greatest of all time.

She unleashed an early onslaught and Halep was in danger crumbling before the French Open champion regrouped for a stirring comeback.

“It was an intense match and there were some incredible points,” Williams said.

“She’s the number one player in the world and there’s a reason why… (but) I’m such a fighter, I just never give up.”

Williams won her 23rd Grand Slam Down Under two years ago while two months pregnant and is the bookies’ favourite to claim an eighth Australian title, despite being seeded 16th.

Another major would match Margaret Court’s tally and an intensely-focused Williams had not dropped a set in three matches before meeting Halep.

Williams’ started slowly when she allowed Halep to bring up three break points in the opening game, conceding with a double fault.

But the American broke back in the next, racing to the net for an overhead smash when one of her powerfully hit returns flew high off Halep’s racquet.

She then ran away with the first set 6-1 in 20 minutes, blasting 10 winners to three against the world’s top-ranked player.

Halep did better early in the second set, and when the American did break her in the third game she immediately broke back.

Standing well behind the baseline, she drew Williams into more rallies and began to find her range, hitting the corners to move the American around.

Halep broke again to take a set off Williams, celebrating with a fired-up double fist pump.

The turning point came in the sixth game of the third set when Halep clawed three break points but Williams held and took a decisive break in the fifth.