Senegal survived a second-half fright to defeat hosts Qatar and open their Group A account at this intriguing World Cup.

Qatar were markedly improved on their opening-day showing against Ecuador but conceded goals to Boulaye Dia and Famara Diedhiou either side of half-time. Mohammad Muntari powered home a 78th-minute header to raise the possibility of an unlikely comeback. But Bamba Dieng swept home to ease Senegal nerves and complete a vital victory.

Qatar appealed for a penalty on 34 minutes when Akram Afif crumpled to the turf with Ismaila Sarr for company but referee Antonio Mateu Lahoz didn’t see enough contact to point to the spot.

Dia seized on a slip from defender Boualem Khoukhi to fire Senegal in front four minutes before half-time. And Qatar goalkeeper Meshaal Barsham was defeated for a second time three minutes after the restart when Ismail Jakobs’ corner was met at the near post by Diedhiou’s glancing header.

Lift off for Senegal 🙌@adidasfootball | #FIFAWorldCup

Qatar summoned a response, with Abdelkarim Hassan’s shot from distance travelling narrowly wide. Edouard Mendy saved from Almoez Ali but the Senegal keeper reserved his best for Ismaeel Mohammad’s 67th-minute close-range attempt, the Chelsea No1 springing to his right for an astounding reaction stop.

Mohammad supplied the fabulous delivery for substitute Muntari to head Qatar’s first World Cup goal. But it was another replacement in Dieng who had the final word when he converted from Iliman Ndiaye’s 84th-minute right-wing cut-back.

Qatar might point to the penalty appeal that was rejected at 0-0 and Dia would have a fair claim to the decisive contribution as the man who broke through shortly before half-time.

Dieng, however, introduced in the 74th-minute, delivered the telling blow 10 minutes after his arrival. Qatar burst into life around the hour and created a handful of openings. Muntari eventually broke through, crashing in a finish that Didier Drogba, watching in a studio for BBC Television, would have been proud to call his own. 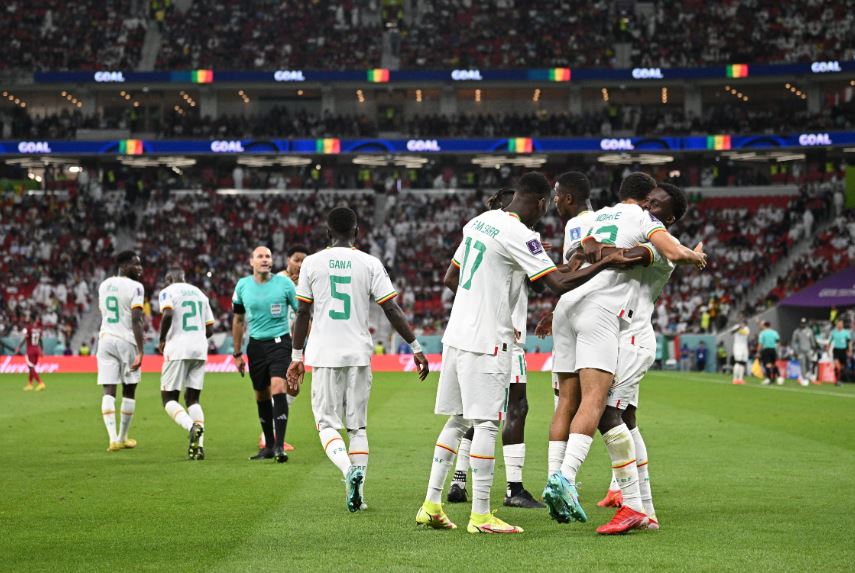 We’ve seen enough turn ups at this World Cup already to resist discounting the underdog – and Qatar had genuine hope of completing the comeback. That was until Dieng became the latest substitute to make his mark at this tournament, the Marseille forward connecting cleanly with a delivery from fellow replacement Ndiaye to earn the first victory for an African nation at this competition.

Senegal haven’t lost any of the five World Cup matches in which they have taken the lead (W3 D2).

Senegal defender Youssouf Sabaly: “We managed to win and it was important after a bad start. We’ll have a second chance, we have one more final to play so we’ll give everything.”