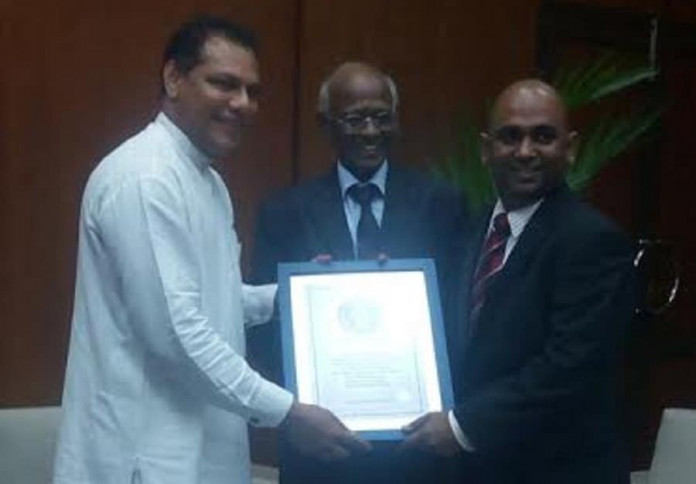 Sri Lanka’s national Scrabble champion Lakshan Wanniarachchi entered the Guinness Book of World Records for the second time when he broke the record for the most number of Scrabble opponents at the scrabble championships in January this year.

This is Lakshan’s second world record in the sport and he now claims two Guinness World Records to his name in the sport of Scrabble. The earlier record was for the most number of points scored in 24 hours that was set jointly with Yeshan Jayasuriya in the 2012 scoring 195,525 points.

The new record that he set this year was for the most number of Scrabble opponents defeated where the Lankan defeated 40 opponents winning 31.5 games and was set on 4th January 2016. The previous record holder was Chris May of Australia who had 28 wins.

The ten-time national champion who is a product of S. Thomas’ College Mount Lavinia was recognized for his efforts recently by the Minister of Sports Hon. Dayasiri Jayasekara at the Ministry of Sports.