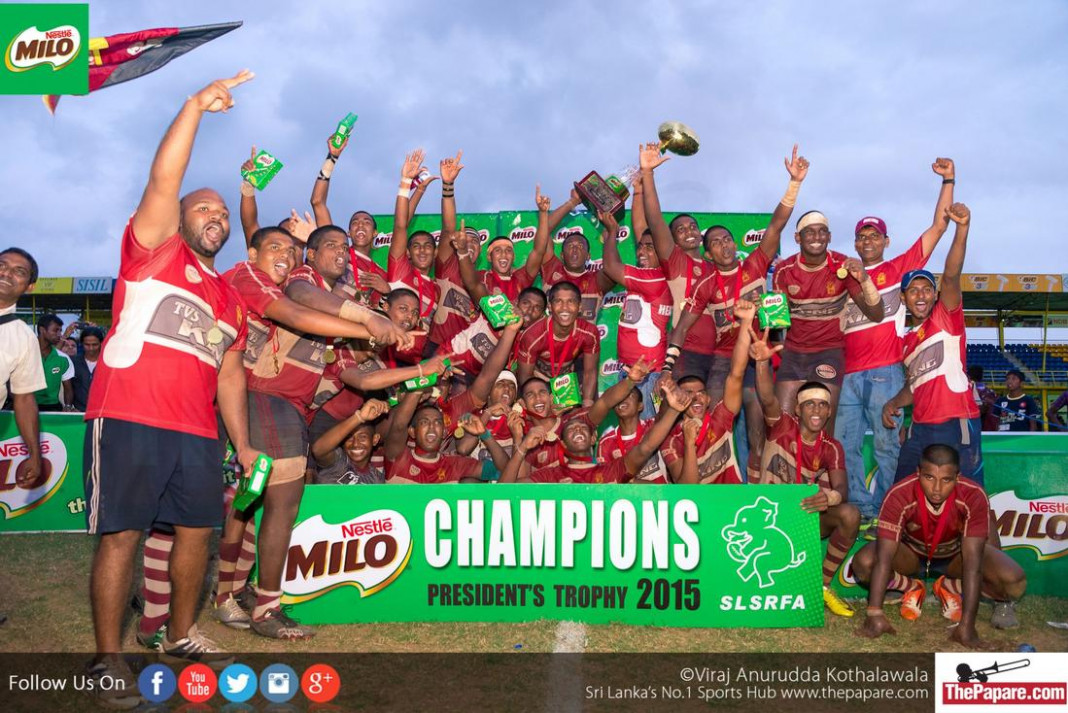 Adding to the already heightened March Madness, the Singer A division schools rugby league will kick-off on the 18th March between St. Joseph v S. Thomas’College at CR&FC grounds and Trinity v Wesley College at Pallekele on the same day.

Sri Lanka Schools Rugby Association (SLSRFA) brought up the new format two years ago which allows the lower divison team to compete with top rugby playing schools. Thirty six schools will be playing in the division one under 6 segments. Below are the groups.

CWW Kannangara which was promoted to play in the top category for the first time in history last year, could not match up to the challenge as they lost all their games. D.S. Senanayake College also had a similar journey when they played in the top division in 2014. After finishing in the top four in the plate competition last year (2015) they will have a big task in the promotional affair as they kick off this season with the champions Royal College on the 20th Sunday.

Royal College were crowned last year under their ever-smiling captain Banuka Gamage with the coaching maestro Sanath Martis guiding the team. Most importantly Royal placed the icing on the cake with a brilliant second leg routing in the traditional Bradby fixturevs Trinity. 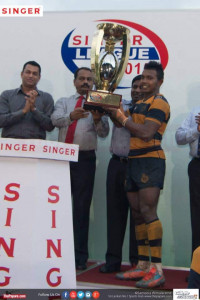 The league final was set out as a thriller last year where Isipathana tried to defend the title under the monsterous no8 Omalka Gunarathne and their coach Nilfer Ibrahim, but it was all Royal as they won 21 – 08 at their Sports Complex.

This year too this highly competitive schools’ league is sure to dish out some red-hot rugby; chants, cheers, colour and controversy mixing with blood, sweat and tears to deliver an unequivocal passage of scrumptious rugby. Ever since S. Thomas’won the schools sevens title after 22 years this January, the quest for the title has been thrown wide open.

Science College clinched their first ever major title winning the President Trophy beating Isipathana College by 21 – 18 in the final. Although Isipathana produced a 45 – 20 win during the league against Science, the school from Mt.Lavinia showcased a lot of courage and desire to win a final last year. Science appointed Collin Denish as their consultant coach from St. Peters but Collin has made areturn to his Alma-mater quite surprisingly. The Science college physio and the trainer Ransilu Jayathilake too moved to St. Peters for this season. Science has beaten St. Peters continuously in the recent past and this year it will be interesting to watch some grudge-battles between the two schools.

Thomas’, Royal, St. Peters, Trinity and Science has a very high percentage of players who played last year. On the other hand the other schools in the segment 1A and 1B do not have that luxury this season but certainly they would have nurtured the players during the pre and off seasons.

Both Kingswood and Dharmaraja College played some excellent sevens rugby and their talent in the XV format could not be under-estimated. Wesley, St. Anthony’s and D.S. Senanayake College have a lot to do this season although Wesley won the plate championship last two years in a row, they will be hoping to play in the cup segment at the end of round one.

For the fixtures click here – stay tuned for the previews

The three lions crowned kings of the Hills