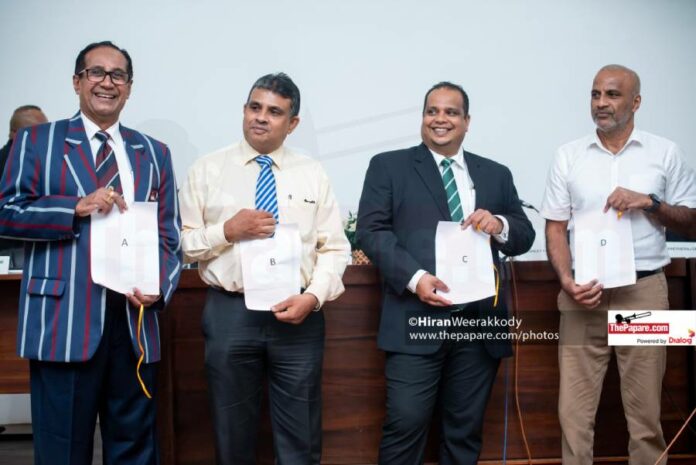 The Saints Quadrangular Tournament 2022 – Old Boys will be held on the 26th and 27th November St. Peter’s College Grounds.

The two-day tournament is being organized by the Old Peterite Sports Club.

History of the Saints Quadrangular

In 1963, during the diamond jubilee of St. Benedict’s College, all schools in the country were invited for a cricket tournament, but coincidentally, it was only the above leading catholic schools were present for the tournament. Old Antonian, late Mr. Ranjith Samarasekara was instrumental in convincing the four schools to continue this tournament as an annual event, thus establishing, the Saints’ Quadrangular Tournament.

Since then, this tournament has been a flagship event of the four premier catholic boys’ schools in Sri Lanka. Originally, the tournament was played as a two-day encounter, but as years progressed, it was decided to convert this to a more exciting, limited overs fixture. Since, then for 51 years, this tradition has continued and the tournament has seen some big names representing Sri Lanka, playing for their alma mater over the years.

In 2002, the organizers introduced a 25-over tournament for players above the age of 40, which enhanced the true spirit of Saints’ Quadrangular as many cricketers from yesteryear got an opportunity to represent their beloved school. In 2004, Basketball was introduced to the Quadrangular fraternity. This too is a keenly contested tournament as these schools do enjoy a rich tradition of producing highly skilled basketball players in Sri Lanka.

A tournament which started with Cricket has now grown into a sports carnival with the introduction of the 7-a-side Rugby tournament in 2014.

The four schools take great pride in organizing this event as every year one school takes turn in hosting this event. The Quadrangular weekend, as it is known now, is a much looked forward to event filled with great sportsmanship, entertainment, and fellowship.