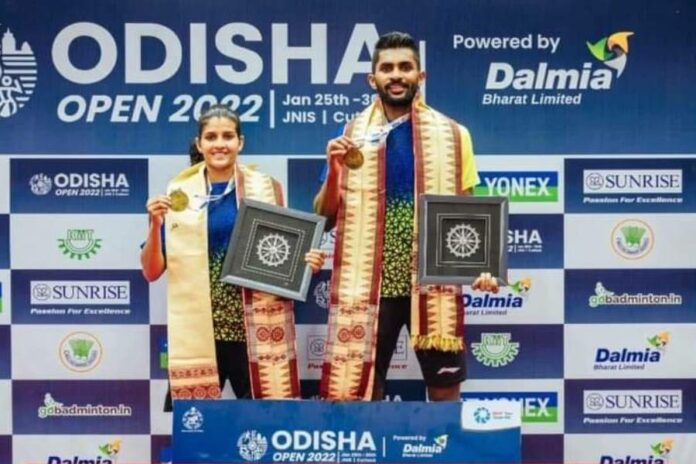 Sachin Dias and Thilini Hendahewa are definitely not unfamiliar names in the international Badminton circuit. This time around, Dias and Hendahewa have turned heads winning Gold in the Mixed Doubles event at the 2022 Odisha Open Badminton Championship, in Cuttak, India.

Competing in their first international event for the year 2022, the two tried their luck in the Mixed Doubles category in a draw filled with local Indians. Of the 32 teams that participated, the Lankan pair started out in the bottom half and received a walkover in the first round.

Their round of 16 match was against D. Rawant and S. Gautam, and they won their first match with scores of 21/11, 21/14. S. Sunjith and M. Riza qualified to the Quarterfinal to play against the Lions, which the latter winning after the second set was pushed deep, 22/11 and 22/20.

The semifinal was an easier round for the Lankans, defeating M. Kathiravan and K. Balashri 21/8, 21/17. M Arjun and T. Jolly stood in the way of Dias and Hendahewa’s Gold, and they massacred the Indians in straights 21/16, 22/20 to walk away with the Odisha Open Mixed Doubled Championship shield.

Sachin Dias also partnered up with trusted Doubles partner Buwaneka Goonethileke for a tough draw in the Men’s Doubles category. Nevertheless, the boys managed to get a good start to the calendar year by reaching the semifinal. In that, they lost to N. Azriyn and Lim K. W. of Malaysia in a thrilling three setter 21/15, 18/21, 17/21.

Buwaneka Goonethileke also faced a tough stint in the Men’s Singles category being knocked out in the Round of 64 at the hands of A. Singh in a three setter.