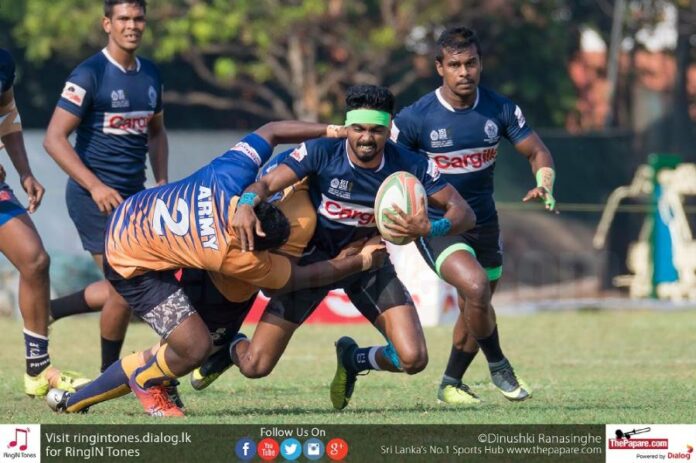 Sri Lanka Rugby has given the go-ahead for the forces – Army, Navy and Air Force, and Police SC to organize an invitational sevens tournament on the 30th and 31st of October 2021.

The sevens tournament will be the first in the country since the Asia Rugby Sevens Series in 2019.

The tournament that will take place under health ministry guidelines and the Ministry of Sports will also act as a selection trial ahead of the Asia Sevens Series.

“Initially, the plan was to have an inter-club tournament by SLR, but then Police and the Tri-forces reached out to us in organizing a sevens tournament, and we gave the go-ahead for this,” Rizly Illyas, President of Sri Lanka Rugby said.

“Havelocks & CH & FC joined the meeting to make this decision and added that they will also be playing this tournament.

Only Kandy and CR & FC have opted out. It is fair by them as well where they haven’t played any rugby since the lockdown and are also facing financial troubles,” he further added to ThePapare.

Illyas went on to say that the tournament would be held under strict health guidelines and supervision from the Ministry of Health.

The main reason for the giving the tournament the go ahead is said to be because SLR plan to use it as a selection trial for the Asia 7s.

The six teams – Army, Air Force, Navy, Police, Havelock’s, and CH & FC will play the two-day sevens tournament at the end of October.

Initially, the national body had a 30 member shortlisted squad in place, but the squad was not finalized since there was no adequate training in the last two years.

From there on, the national squad will train in a bubble leading to the Asia Sevens series on the 19th and 20th of November 2021.

Sri Lanka is yet to finalize a coach for the sevens side.