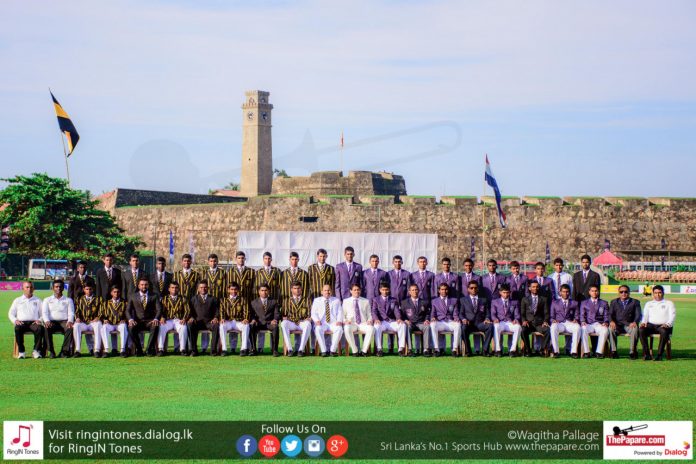 Richmond College defeated Mahinda College by 6 wickets in their annual limited overs encounter which was worked off at Galle International Cricket Stadium on Saturday.

Richmond skipper Dhananjaya Lakshan won the toss and opted to field first. Navod Paranavithana and Hansika Welihinda opened the batting for Mahinda College and built a 44-run partnership for the first wicket as the former was dismissed for 20 runs.

Mahinda College continued to lose wickets at regular intervals but inform batsman Hansika Welihinda fought hard at one end and top scored with 51 runs. His half century included 5 fours and 1 six. Left handed batsman Kavindu Ediriweera chipped in with 28 runs. Apart from that there was no major contribution with the bat for Mahinda College as they were bundled out for 189 runs.

Off spinner Sandun Mendis was the star with the ball for the Richmondites as he picked up 5 wickets for 37 runs. Left arm spinner Avindu Theekshana gave him good support picking up 2 wickets for 22 runs.

Chasing 190 runs to win, Richmond College got off to a poor start as one of their openers Adithya Siriwardena was caught behind the stumps for just 1 run. However, experienced Kamindu Mendis joined Dhananjaya Lakshan and built a valuable 74-run partnership for the second wicket setting a foundation for the victory.

Left hander Dhananjaya Lakshan stroked 43 runs off 43 balls including 4 fours and 1 six. Right handed stroke maker Dilum Sudeera then joined Kamindu Mendis and put on a 62-run partnership for the fourth wicket as the latter was dismissed for 64 runs. His match winning knock of 64 runs came off 82 balls and included 4 boundaries.

Dilum Sudeera remained unbeaten at the crease and guided Richmond College to a comprehensive victory scoring 40 runs which included 6 boundaries. They chased down the target in 39 overs with 6 wickets remaining.