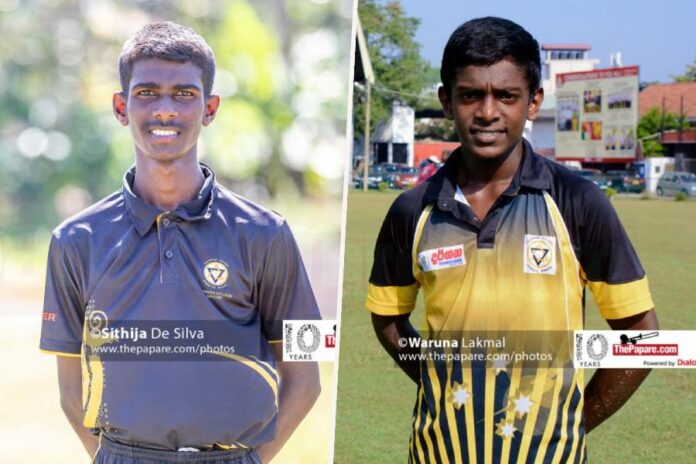 The 50-over game played alongside the Richmond-Mahinda Big Match, famously known as the Lovers’ Quarrel, was last played in 2019 and was also won by Mahinda College.

Following the tame draw in the 2-day game of the 117th Lovers’ Quarrel played in April, the two sides had to wait a while to face each other again in the limited-overs edition.

Mahinda College, playing in their own backyard, posted a modest 226 after winning the toss and electing to bat first. Promising young batter Danuja Induwara scored a 101-ball century for the hosts with 6 sixes and 8 boundaries. Induwara was also involved in an innings-defining 26-ball 51-run stand for the 10th wicket during his crucial knock. Number 3 batter Dinura Kalupahana scored 49, the second highest score for Mahinda and one of the 4 two-digit scores of their innings.

The Richmond run-chase saw wickets falling at regular intervals as they fell short by 17 runs after batting their complete quota of 50 overs. Mahinda skipper, left-arm spinner Kushan Madusha was the chief destroyer of the Richmond innings picking 4 wickets for just 29 runs.

Opening the batting for Richmond, Tharinda Nirmal top-scored for with 41 runs while number 10 batter Kalpa Nethsara put up a valiant fight, scoring 37 runs before he was run out as the 9th wicket. Nethsara scored 59 runs for the 9th wicket together with number 9 batter Sharon Abhishek to salvage some pride for Richmond, helping their team go past 200.