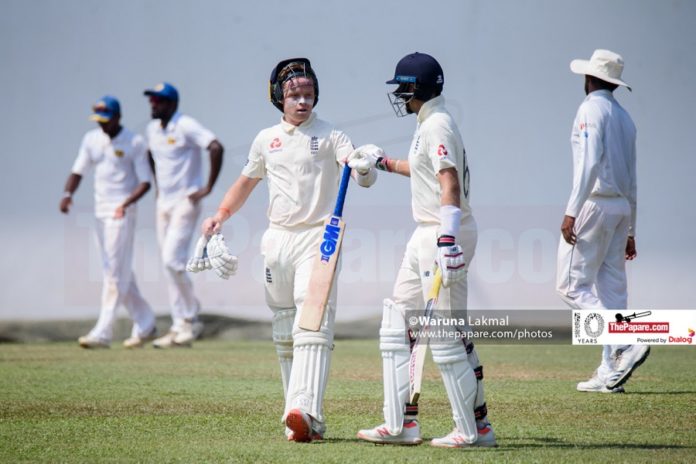 Sri Lanka’s elite cricketers must be wondering why the likes of Jason Holder, Joe Root, Azar Ali and Steve Smith can resume international cricket and they cannot.

The England and Wales Cricket Board successfully completed their international season with little alteration, hosting four international teams – West Indies, Pakistan, Ireland and Australia. Yet, the United Kingdom is one of the worst affected nations by the Covid 19 pandemic.

Other countries like New Zealand, Australia and Pakistan are preparing for their home seasons. We in Sri Lanka seem to be far off from returning to cricket given the strict health guidelines the visitors have to follow.

You can understand the concerns of our health authorities and the Task Force to fight the pandemic. They have done a terrific job in containing the pandemic and life is up and running in full scale and only the airports remain closed. Kudos to the brilliant efforts they have put in and the nation owes a huge debt of gratitude for their untiring services.

However, during talks on resuming international cricket, health officials seemed to have been over cautious and rather conservative. Of course, the fact that Bangladesh was one of the worst affected nations by the pandemic and among the tour party two individuals had tested positive didn’t help the case.

But how did England manage to bring over four international teams with little fuss. Two England grounds – Rose Bowl in Southampton and Old Trafford in Manchester have in-house hotel facilities. It was a smart business venture when built and was meant for fans who travelled from other cities to stay over and watch the cricket from their rooms.

During the pandemic, they became extremely useful as these centers become the team hotels. The players had to quarantine for a few days and soon afterwards got into a bubble along with all those who were involved in the series be it the drivers, catering staff or television production crew and their contact with the outside world was minimal. The idea was that there was very little chance of you bringing the virus from outside and vice-versa.

Those who tried to be smart were exposed. Jofra Archer is a case in point. The Barbados born fast bowler lives in Brighton, Sussex which is also in the south like Southampton in Hampshire which hosted the opening Test match against West Indies. The players travelled on their own for the second Test in Manchester and had been advised not to make any unscheduled stops. Archer made a detour to his apartment and was found out as all players and support staff were wearing a GPS tracking devices in their accreditation.

The bone of contention between Bangladesh Cricket Board and SLC was the duration of quarantine period. They had to do two weeks of quarantine according to government regulations. To spend two weeks in isolation in hotel rooms, then train for ten days and go into a Test series is a tough ask.  What could have instead been done is to have regular testings and have a smaller quarantine period and then resume training while being in the bubble.

The IPL where you have multiple teams has followed a different method. Each team has booked for themselves a hotel in the UAE.  Everyone associated with the team from caterers, drivers to dressing room attendants go into a bubble. Then there is a larger IPL bubble which includes all players, support staff and ground staff and no one associated with the tournament goes out of this larger bubble.

SLC could have hired a hotel, put the Bangladesh team there and could have let the tourists train with their extended squad if they were worried about providing net bowlers for a longer duration. There are hotels in places like Dambulla and Hambantota which are capable of keeping players and support staff without much interaction with the outside world. These could have been ideal for shorter quarantine period and then resumption of training.

SLC would have been aware of all these possibilities but they probably did not push it all the way because Bangladesh is not a profit-making series. You will see them not leaving anything for chance if it were England or India.

However, the point here is that you don’t want to spend an extended time without playing any cricket. Spare a thought for the players who seemed to be peaking. There was Angelo Mathews who posted his maiden double hundred this year and then the domestic tournament provided opportunities for some freshers to come up with some stunning performances. There has been no international cricket since March this year and it is likely to remain so with England’s visit in January expected to bring cricket back again. The first out bound tour seems to be West Indies in March next year. Sadly, this was supposed to be a bumper year with cricket tours by several teams plus the Asia Cup which the nation was supposed to host.

Now that other nations are moving with the times, we should not be left behind and need to find a way out.