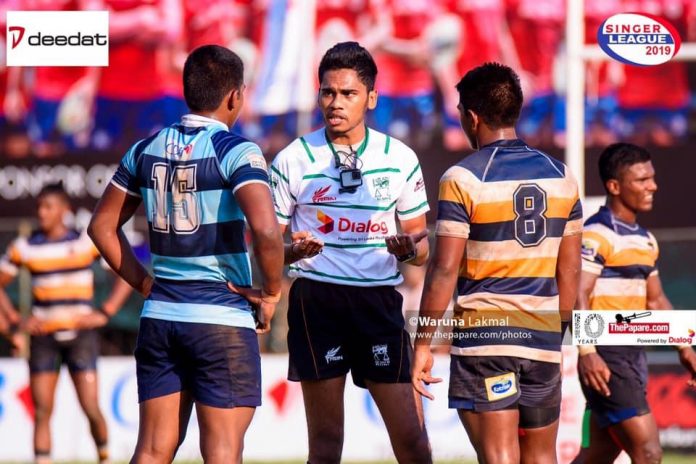 The Sri Lanka Rugby Referees Society has nominated Aaqil Jamaldeen as the referee for the upcoming 1st leg of the 75th Bradby Shield encounter that will kick off on the 1st of June 2019 at Pallekelle.

Jamaldeen has been one of the best emerging referees in the country having successfully officiated in top tier rugby for over two years. He is also a member of the Asia Rugby officiating panel and was a part of the Asia Rugby Division III Championship refereeing panel.

At 24-years of age, Aaqil becomes one of the youngest to officiate a Bradby shield while Ishanka Abeykoon and Isuru Buddhika will join him as the Assistant Referees.

The Television Match Official Facility (TMO) will be used for the 1st leg of the Bradby with Anil Jayasinghe sitting in as the TMO for the game.

Catch the LIVE action from the 75th Bradby Shield on Saturday 1st June, from 2.00 p.m. onwards on ThePapare.com, MyTV and Dialog TV Channel 77.