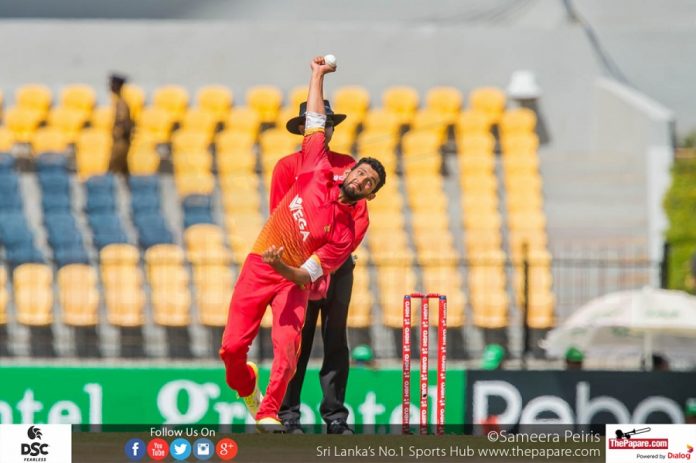 Zimbabwe have left out Sikandar Raza on disciplinary grounds from the 15-man squad for the upcoming triangular series in Bangladesh, that involves Afghanistan as the third participating team. Raza, according to a Zimbabwe Cricket release, has been left out over pending disciplinary issues raised by captain Hamilton Masakadza.

“It is important that we support our captain, whether it is Masakadza or anyone else, by creating an environment in which we can be confident he will have the full support of all players, with everyone pulling in the same direction and able to trust each other. It is for those reasons that we have decided to leave Raza out,” Zimbabwe convenor of selectors, Walter Chawaguta, said.

The squad otherwise has experienced players Brendan Taylor, Craig Ervine, Sean Williams and Christopher Mpofu in addition to an array of younger players like Tony Munyonga, Ainsley Ndlovu, Ryan Burl, Tinotenda Mutombodzi and Neville Madziva. Of them, Munyonga and Ndlovu will be in line for their T20I debuts.

Masakadza, having announced his decision to retire after this series, will be leading the side for the last time. “I was looking forward to the ICC T20 World Cup Qualifier in Dubai next month, but with Zimbabwe barred from taking part in the event, I feel that the time is right for the focus to shift to the next generation,” Masakadza had argued while announcing his retirement.

Hamilton Masakadza to call it quits after the Bangladesh Tri-series

Zimbabwe, still suspended by ICC over “political interference”, couldn’t compete in the qualifiers for the next year’s T20 World Cup in Australia, so the focus is firmly on the 2021 World Cup in India – the next global tournament they can compete in.

“We are now shifting our focus to rebuilding a new team and to do that we must gradually blood in younger players and create a new culture that encourages unity, hard work, professionalism and excellence,” head coach Lalchand Rajput said. “We will not make wholesale changes, as we definitely still need some of the experienced players to help the new generation find their feet in international cricket.

“It is important that we still field a competitive side – that is why we have a good mix of youth and experience in the team that has been selected for the Bangladesh tour.”