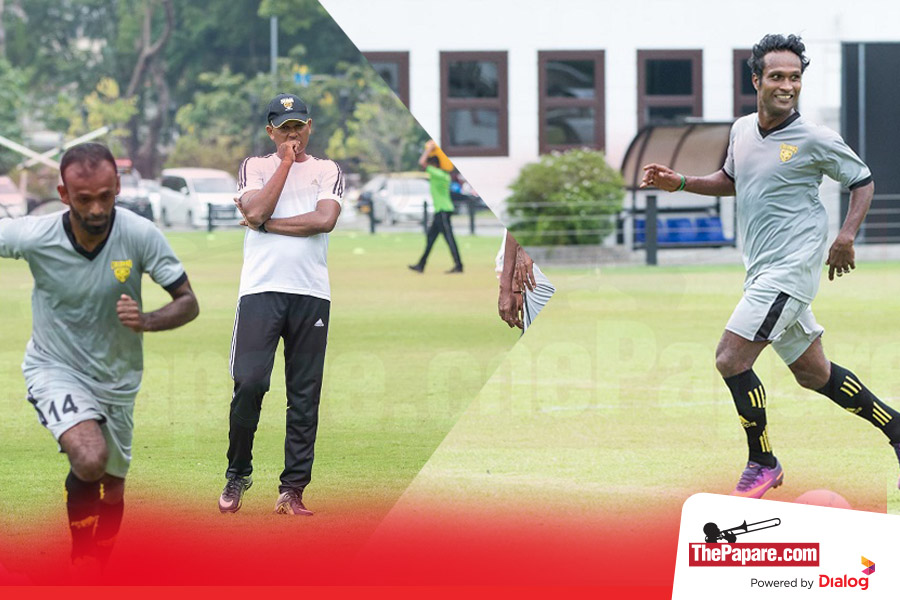 Colombo FC was given good news after all three of their foreign players were granted visas, but still the club is expected to be making a few changes less than 24 hours before their 2nd leg match against Mohun Bagan AC in the AFC Cup qualifier.

Less than three days before the match Colombo FC were given a shock when the High Commission of India in Colombo denied visas for their three foreign players.

The team left for India on the 5th of February hoping they would get the visa for at least their midfield powerhouse Momas Yapo.

“We got the visa for Momas Yapo today (Monday),” Colombo FC owner Saif Yusoof told ThePapare.com in the afternoon.

However Colombo FC was given more good news a few hours later as they were granted visas for the other two, Afis Olayemi and Nasiru Opayemi.

“They just gave me everyone’s visas!” an ecstatic Yusoof added.

“We will be leaving only tomorrow (the day of the match) and will land only a few hours before the match,” he added.

“The Boys are now flying with me on a 3.00am flight via Bangalore and will reach Kolkata at 11.00am for the match in the evening,” he went onto say.

The three players will have around 4-5 hours of rest before the match which is scheduled to start at 7.00pm.

The squad has been boosted with the return of their captain Rawme Mohideen who is expected to start the game in this must win encounter. Rawme missed the 1st leg at home due to a back injury he sustained during the Dialog Champions League Super 8 round.

Coach Mohamed Roomy will be expecting a much more attacking impetus from his skipper over Mohamed Ramees, who was a makeshift defensive midfielder replacing Rawme in the 1st leg.

Veteran E.B.Channa is also expected to start the encounter and will need all his experience, playing in India in his heyday to spur on the Colombo FC youngsters. Channa has played for Dempo FC in 2002-03.

“Channa has played in India amidst large crowds. There will be a large crowd for the match. Since Channa has experience and played under pressure I expect him to deliver the goods,” a hopeful Roomy told exclusively with ThePapare.com.

“We need goals to survive in this tournament. We have to press for goals in the earlier stages, say by first 25 minutes. Attack is the only option. We have come prepared. Of course, we are confident. We are positive to pull off a win,” Roomy added in the pre-match press conference.