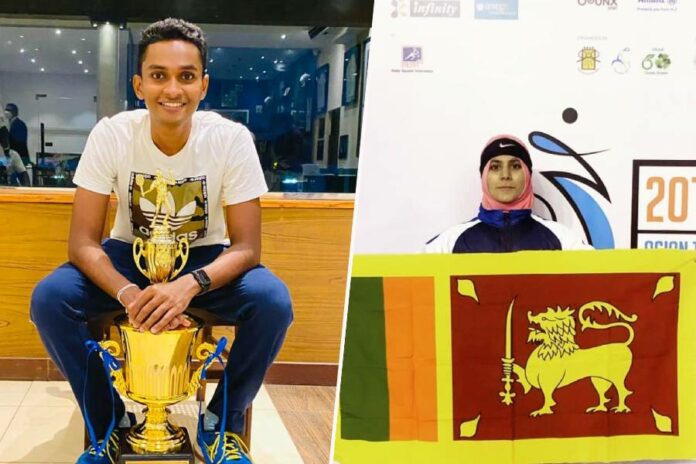 Fathoum Issadeen and Ravindu Laksiri have once again left no room for any other captors to take their titles from them, defending their Women’s and Men’s National titles respectively at the 41st National Squash Championship.

Starting 2022 off right, Fathoum Issadeen and Ravindu Laksiri had finals nostalgic of last year to collect their well-deserved titles. Issadeen was able to defeat Chanithma Sinally in a 4-setter, 11/9, 11/3, 8/11, 11/6.

Over in the Men’s title match, Doubles partners Ravindu Laksiri and Shameel Wakeel repeated their healthy rivalry in the Singles. Laksiri was clear in his goals to defend his trophy and did well to achieve this in a 4-setter.