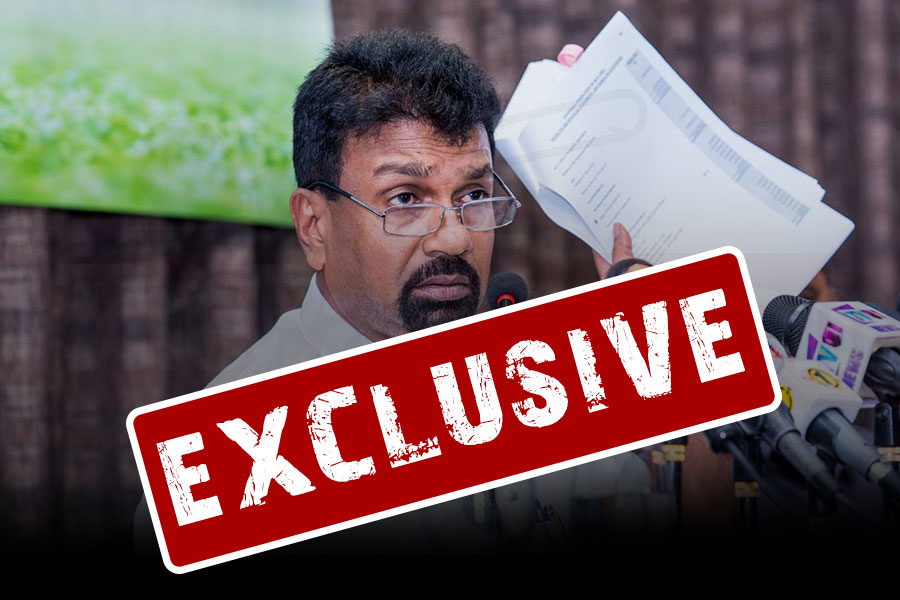 With the Football Federation of Sri Lanka (FFSL) elections coming to its final stretch, ThePapare.com sat down for an exclusive chat with one of the Presidential candidates Ranjith Rodrigo.

The election will be held on the 1st of July at the Sports Ministry Auditorium to appoint office bearers until 2021.

Here are the excerpts of our chat with Mr Rodrigo.

There has been much debate about your involvement with the game of Football and Football Administration and that you are unqualified to run for the post of President. What are your thoughts on that?

Even in cricket – only Mahela (Jayawardena) and Sangakkara have not shown any signs of having a future in administration. I have been with Negombo Football for around 25 years. I have played for Negombo Youth and started my football administration career from the bottom with my club and the Negombo Football League, in which I am still the President.

Football in Sri Lanka is in a dire situation and this has been the case for the past few years. What are your plans this time and what makes you think you can deliver the goods?

We always make plans but don’t talk with everyone together. We need to look at Schools football, Club tournaments and the Youth system. We need to have a proper club tournament to feed the players to the national side.

If we come to power I won’t appoint an executive committee for a week or two. During that time I will get the Football Leagues, coaches, referees, players, schools, stakeholders and media together to have a proper discussion or workshop and take their ideas and work together. I am planning on including people who are experienced and qualified into the different committees like Media, Finance and Marketing. We need short term as well as long term plans.

The power or position in the FFSL is what drives most candidates. But we’ve seen the work doesn’t get done and though the positions at the FFSL are voluntary there have been incidents of abuse of power. What are your thoughts on that?

Yes, people who come to power use and abuse FFSL property. For me getting elected is not the issue but the huge work we have to shoulder. I haven’t used FFSL funds or property in my time except for official business. People try to make this a business or a job. The positions are voluntary ones and it should stay that way. I will enforce this if we come to power and unless important will not allow office bearers to use FFSL property or allowances.

Most people come for the title and also to go for foreign trips. That’s why we cannot develop any sport. They don’t give the proper commitment. I want to make the committees more active.

There are accusations that the FFSL is in this position because administrators who have held important positions have been unqualified and unprofessional. What are your thoughts on it and what actions will you take if elected?

The AFC (Asian Football Confederation) has a ‘Meeting Week’ where all the committees have a proper meeting to discuss issues and plan for the future. I am also planning on having a ‘Meeting Week’ every 3 months. We will have to give a travelling or a day allowance for the members who come from outstation.

I am going to bring a professional CEO (Chief Executive Officer). People who have been there haven’t been qualified CEO’s. Professional CEO’s know what to do. I brought in Trevor for a change and he is a well experienced person. Competition Director is also a position I am looking to bring in a professional person who is not affiliated to a League or Club. Marketing will be the same.

Football Clubs are the feeders to the National side. Club and Tournament systems need to be strong in order to produce quality players. However Clubs barely manage to survive in the current situation of Sri Lanka Football. Elaborate your vision to amend those situations?

It costs a lot to run a league. Without money there will be no tournaments and development. It cost around 1.4 million for my league (Negombo League) last year.  After the war I was the one who brought football to the North. Built the Ariyalai Ground, started new leagues like Vadamarachchi, Valikamam. There has been clubs and players performing and rising up in Division I and in the FA Cup. That shows that there is a lot of room for improvement.

St Sebastian’s sports a well-balanced side

SLSRFA- Step up and take responsibility