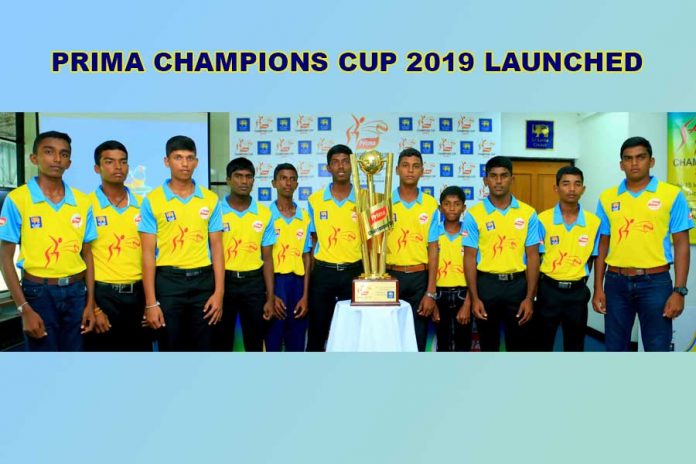 The Prima Champions Cup – Under 15 Inter District and Provincial Tournament 2019 was launched at the SLC on the 24th of October.

The annual island-wide tournament for the budding cricketers of Sri Lanka is set to kick off this weekend. The launch of the tournament was held at the SLC headquarters with the participation of representatives from PRIMA group, SLC officials and the team captains. 12 teams representing various regions of Sri Lanka will take part in the tourney in two groups. Each team will play against each other within the group and the group-toppers will play the finals at R. Premadasa International Stadium on the 9th of October. 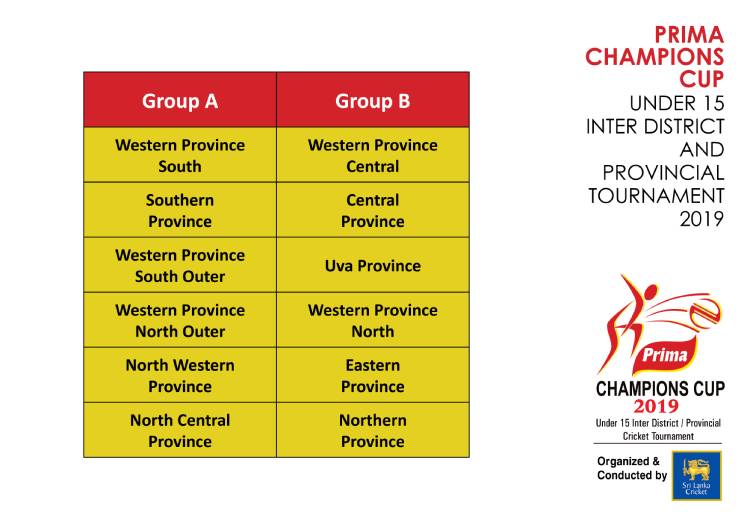 This 50-over contest has been a stepping stone for many stars who emerged in the recent past. Prima group, the long standing sponsor of this tournament, came forward to keep it going this year too. Mr. Tan Beng Chuan, Group General Manager of Prima Group presented the sponsorship cheque to Mr. Bandula Dissanayake, the tournament committee chairman at the launching ceremony. This will be a great opportunity to the rising cricketers from all parts of the country to showcase their potential to a wider audience. 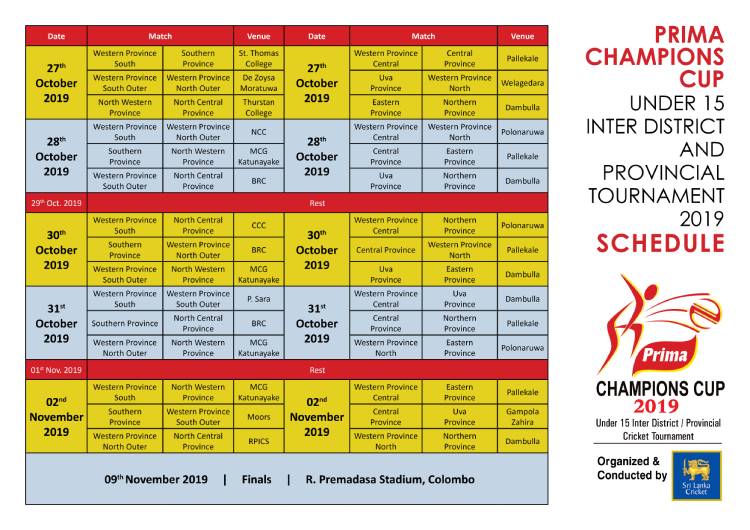