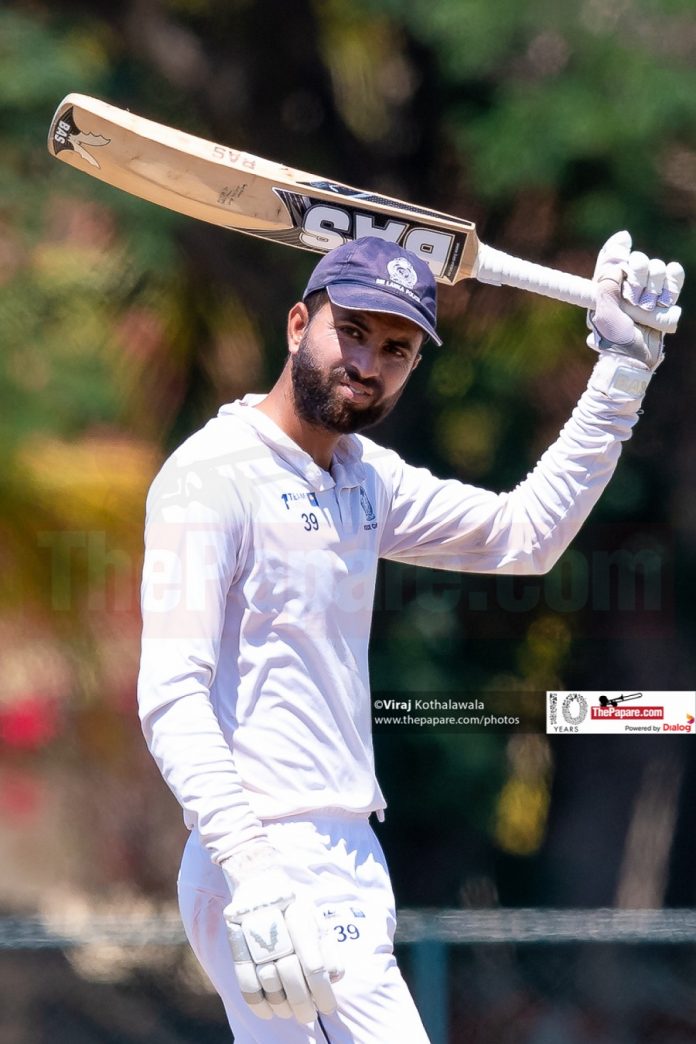 Newcomers to the Tier B segment Sebastianites had a nervous start to their campaign, as they were bowled out for just 126 in 51.2 overs taking the first lease of the wicket.

Stylish left-handed batsman Vishwa Chathuranga hit a quick-fire 46 in Panadura SC’s reply before Karunaratne showed his all-round capabilities to remain unbeaten on 33* when stumps were drawn on day one.

Sanjika Ridma also made 39 as Panadura made 164/4 in just 38 overs to lead Sebastianites by 38 runs.

Police SC who were in a strong position when play began on day two at 80/1, lost wickets at regular intervals during the opening session, but their star Indian batsman Gitansh Khera made a fighting half-century to make sure they secured a vital 24 run first-innings lead.

KTC’s Ishan Abeysekara starred with a five-wicket haul with his right arm leg spin, while Hasitha Nirmal also chipped in with two wickets.

KTC’s reply were in tatters as they ended day two on 91/7, with an overall lead of just 67 runs and three wickets in hand. Skipper Eranga Ratnayake(34) fought a lone battle but his dismissal late in the day made sure Police were in cruise control when stumps were drawn on day two.