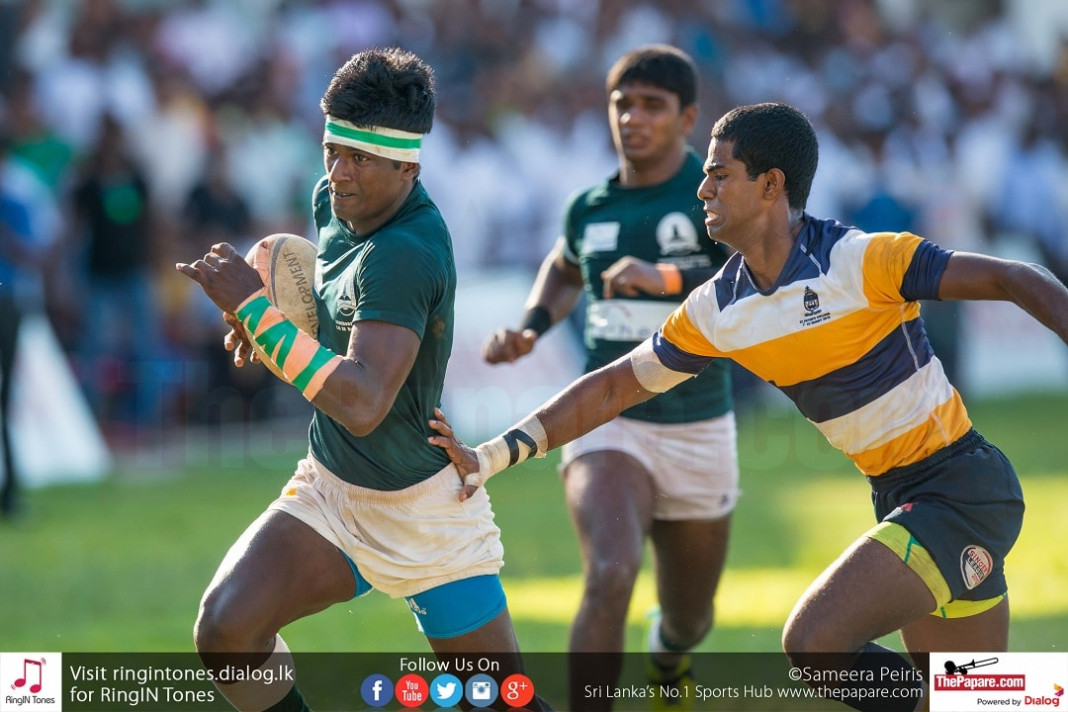 An improved second half show was not good enough to topple a strong Isipathana outfit as they ran away with a 36 – 21 win against St. Peter’s College in the game played at Havelock sports club.

St. Peter’s College kicked off the game following a moment of silence in memory of the Isipathana and Sri Lankan great Sajith Mallikarachchi.

St. Peter’s College came the out of the blocks with intent as they dominated the first exchanges of the game, managing the first score as a result of the fast start. Nippy scrum half Avishka Heenpella spotted lazy defenders at the fringes as he made a snipe from the break down and set up prop forward Dhanilsha Dissanayake to score. Fly Half Stephan Sivraj failed to convert the try from the corner. (Pathana 00-05 Peters)

Even though Pathana were made to pay for their slow start, captain Kushan Indunil steadied the ship and dominated first half proceedings from there on. Pathana Fullback Gayan Wickramarahtna broke the Peters line with ease as he sold a dummy and stepped past rushing defenders to set up supporting blind side flanker Adeesha Weerathunga to score and level the scores as Winger Ranidu Padmasanka failed with the conversion. (Pathana 05-05 Peters)

Isipathana grabbed the game by the scruff of the neck as they continued to dominate proceeding in the first half. Pathana Second Row Gayantha was penalized for a punch in the face and was sent to the sin bin. 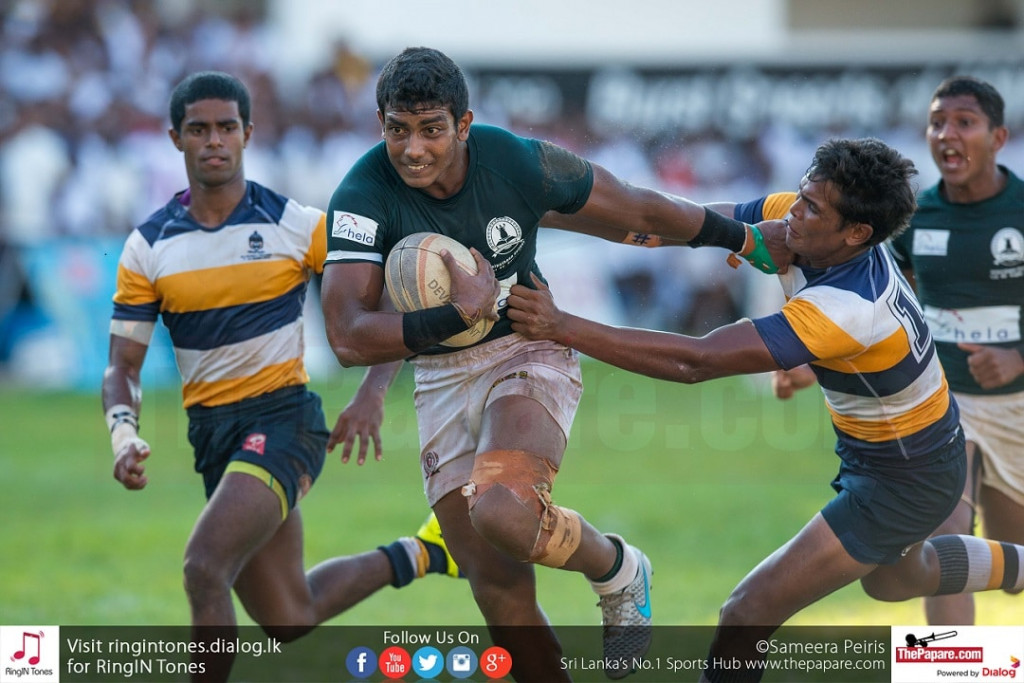 The ‘man’ difference did not fazePathana as they continued to dominate proceedings and managed to register the next score of the game off a Peterite mistake. An overthrown line out was pounced on first by the Pathana scrum half, spreading the ball wide to the electric back line as Centre Sumudhu Rankothge  powered his way and scored to add to the score as scrum half Dileeka Hettiarachchi failed to convert the try. (Pathana 10-05 Peters)

Peter’s versatile Number 08. Premawardana was shown a straight red as he was found stamping on an opposition forward at the break down.

The Greens brought a blossoming first half to the end as they registered yet another score on the stroke of half time. The monumental Isipathana back line continued to penetrate the fragile Peters back line defense as they sent shivers through the Peters supporters and coaching staff. With the backline showing their brass, the forwards stepped up and got a score of their own as they managed to stretch the lead further on the stroke of half time.  Fullback Gayan Wickramarathna converted to add the extras. (Pathana 17-05 Peters)

The Coaching staff laid down the law as the 14 man Peterite outfit came out all guns blazing and scored first points of the second half through a penalty from Stephan Sivraj. (Pathan 17-08 Peters)

Isipathana Captain Kushan Indunil was sent to the sin bin for a blatant high tackle on Pete Diyath Fernando.

Peters Hooker Nikhil Yapa managed a vital try on the hour mark as Peters managed to regain the momentum of the game away from the 14 man Pathana camp. Captain Sandesh Jayawickrama converted to bring the game back to within 4 points. (Pathana 17-13 Peters)

Pathana did not let the situation get to them. They held on and managed to get the next score easing back into the game. Pathana Number 8. Vageesha Weerasinghe scored off a pass from winger Ranidu Padmasanka. Padmasanka received a pass off a scrum as he shruggedoff three Peter’s defenders and found Vageesha in space to score and extend the lead. GayanWickramarahtna failed to convert from the far touch line. (Pathana 22-13 Peters)

Peter’s hung in there as they managed to get another three points to keep Pathana at bay in the game. (Pathana 22-16 Peters) 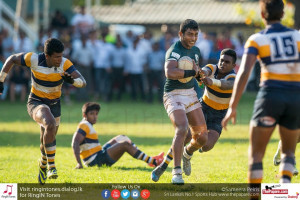 Pathana struck a few phases together and worked the ball from side to side. When Rankothge received the ball in the 6th phase, he stepped and put a trade mark fend on as he scored his second and put the game to bed for the Greens. Gayan Wickramarahtna failed to convert yet again.(Pathana 29-16 Peters)

Isipathana returned the resulting kick off, as winger Padmasanka chased the kick as the Petes backline let the high ball bounce, Padmasanka pounced and set up replacement Fernando to score and seal the game for Pathana as Gayan converted the try. (Pathana 36-16 Peters)

The game was closer than it looked on the score board as the Bambalapitiya second row Fernando scored on the full time hooter. Stephan failed to convert the try. (Pathana 36-21 Peters)