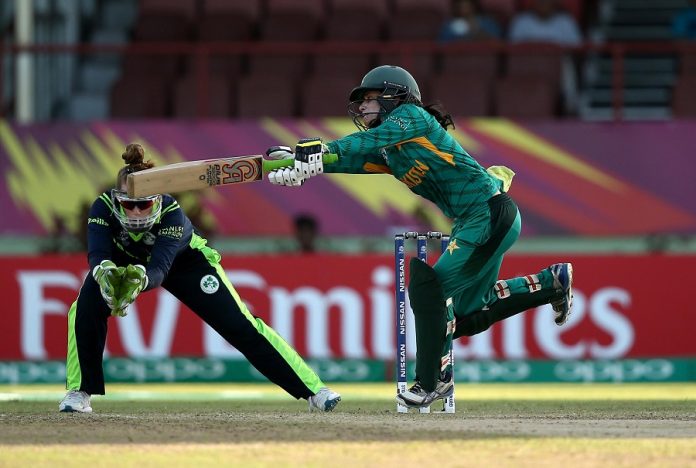 Javeria Khan’s unbeaten 74 off 52 balls, the highest individual score by a Pakistani woman in Twenty20 Internationals, set up Pakistan’s 38-run win against Ireland in Match 9 of the ICC Women’s World T20 2018.

Ireland won the toss and put Pakistan in on Tuesday, 13 November, at the Guyana National Stadium at Providence, and their bowlers immediately justified the decision. Lucy O’Reilly, the pacer, was impressive, starting off with a maiden as Pakistan were kept to 29/1 in their first right overs.

Khan, however, changed the momentum of the game. Taking on the attack, she remained unbeaten as 110 runs were added in the 12 overs after that. O’Reilly was rewarded for her persistence with three wickets in the final over, to keep Pakistan to 139/6.

Clare Shillington looked in good touch as Ireland posted a decent Powerplay total. However, the Pakistan’s spin attack of Sana Mir and Nashra Sandhu caused them all kinds of problems and the required run-rate crept up.

Isobel Joyce too squandered a start, and with wickets falling at regular intervals, they Ireland’s challenge fizzled out. Sandhu finished with a remarkable 2/8, while all of Mir, Aimen Anwer and Aliya Riaz had two wickets each.

Ireland next play India on Thursday, while Pakistan take on New Zealand in the second match that same day.