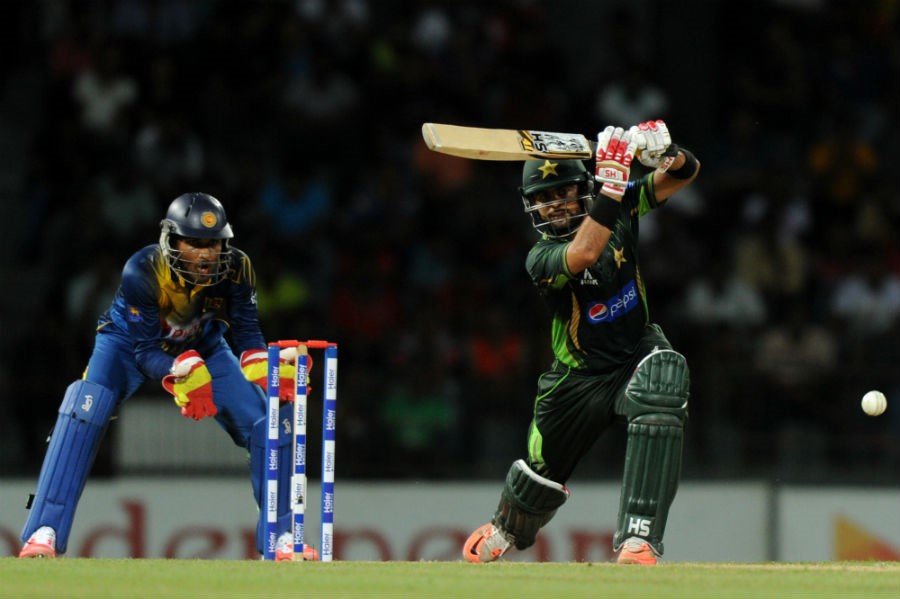 Following a thrilling Test series, the two Asian rivals, Sri Lanka and Pakistan will lock horns in the shorter format that includes 5 ODIs played in the UAE. Let’s take a closer look at the facts and  figures between the two sides.

The two teams met for the first time in the international arena during the Prudential Cricket World Cup in 1975 at Nottingham. The experienced team led by Majid Khan comfortably beat the minnows by 192 runs in the respective encounter.

Sri Lanka’s first ODI win against Pakistan came in 1982 at Lahore. In the 150th match in ODI history, Bandula Warnapura’s side defeated Javed Miandad and co. by 30 runs to level the 3 match series. It was also the first bilateral series between the two sides. Roy Dias was named the Man of the Match for his blistering 81 off 59 deliveries.

A Recap of the Past Few Years

Pakistan’s 2005/06 test series win in Sri Lanka was followed by their 2-0 ODI success in the same tour.

In 2009, when the Lions hosted the visitors, the 5 match series was won 3-2 by Sri Lanka. Despite conceding a 3-0 lead, Pakistan managed to bounce back and salvage pride, winning the final two ODIs at RPS by 146 and 132 runs respectively.

In 2011 Pakistan welcomed the Lions to the UAE as the 5-match ODI series ended 4-1 in favour of the hosts. However, in the following year, Sri Lanka avenged their defeat with a 3-1 series win on home soil. Although the visitors won the opening ODI at Pallekele, the hosts made a comeback to win 3 out of the 4 remaining games while one ended without a result. Thisara Perera was named Man of the Series.

The 2013 series in UAE saw the two evenly matched teams battle it out in a close duel. The bilateral affair was best remembered for Mohammad Hafeez’s three sublime centuries that sealed a 3-2 success. He ended up with 448 runs as well as the Man of the Series award.

Following Mahela Jayawardene’s swansong and a successful Test whitewash in 2014, the Lions recorded a 2-1 series win in the ODIs despite going down by 4 wickets in the opening game in Hambantota. The second ODI at the same venue was won by 77 runs by the home team. Winning the toss, Sri Lanka scored 310/9 that was made possible by Angelo Mathew’s 93. In the reply, Pakistan were all out for 233 in 43.5 overs as Thisara Perera captured 3 for 19. The final and decisive ODI in Dambulla saw a convincing 7-wicket win for the Lions as they chased a paltry 103. Thisara Perera who dismantled the Pakistani lineup with his 4 scalps was also awarded the Man of the Series award.

When Sri Lanka hosted Pakistan in 2015, the visitors beat Sri Lanka 3-2 to clinch the most recent bilateral series between the two sides.

Sri Lanka and Pakistan carry memories from UAE since 1984. However, the regular bilateral affair began from 2007. Since, then Sri Lanka has travelled to the UAE to play Pakistan in 2011 and 2013.

The first ever ODI between the two sides in the UAE was played at Sharjah during the inaugural Asia Cup in 1984, which was also the first game at the venue. Sri Lanka, led by Duleep Mendis, won by 5 wickets.

In Dubai, Sri Lanka has played 4 matches, winning 2 and losing 2 against Pakistan.

Sri Lanka has played 6 ODIs in Abu Dhabi, winning 2 and losing the rest.

The nostalgic venue was once an annual pilgrimage for the Sri Lankan team, an old school souvenir for many memorable victories against a range of opponents in the last three decades.

Sri Lanka has played 78 ODIs at the venue, winning 29, losing 47 with two ending in stirring ties.