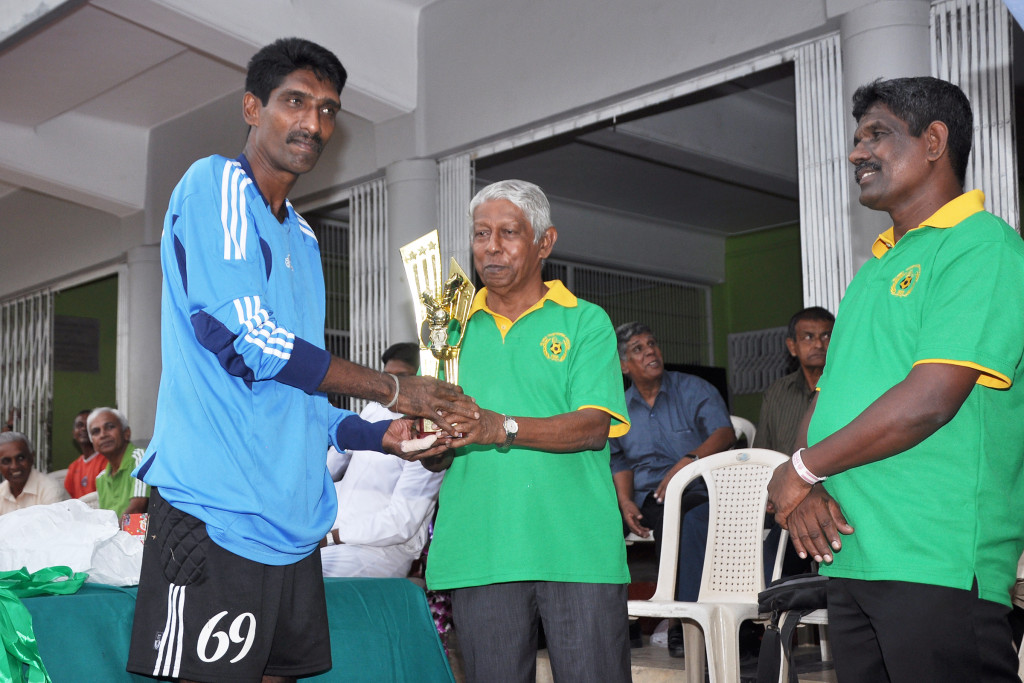 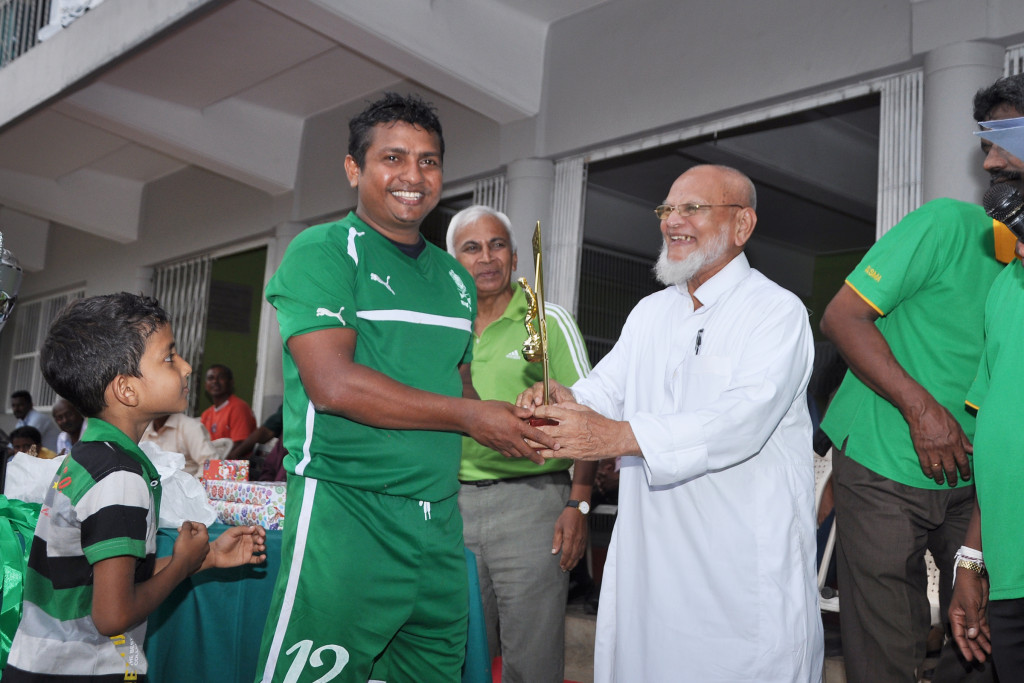 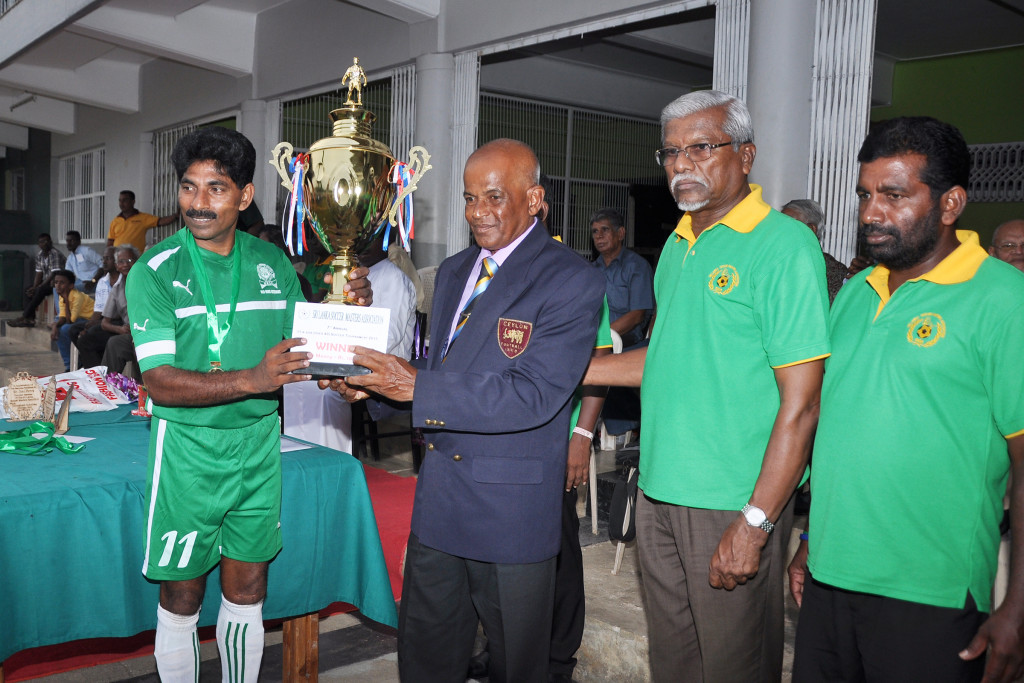 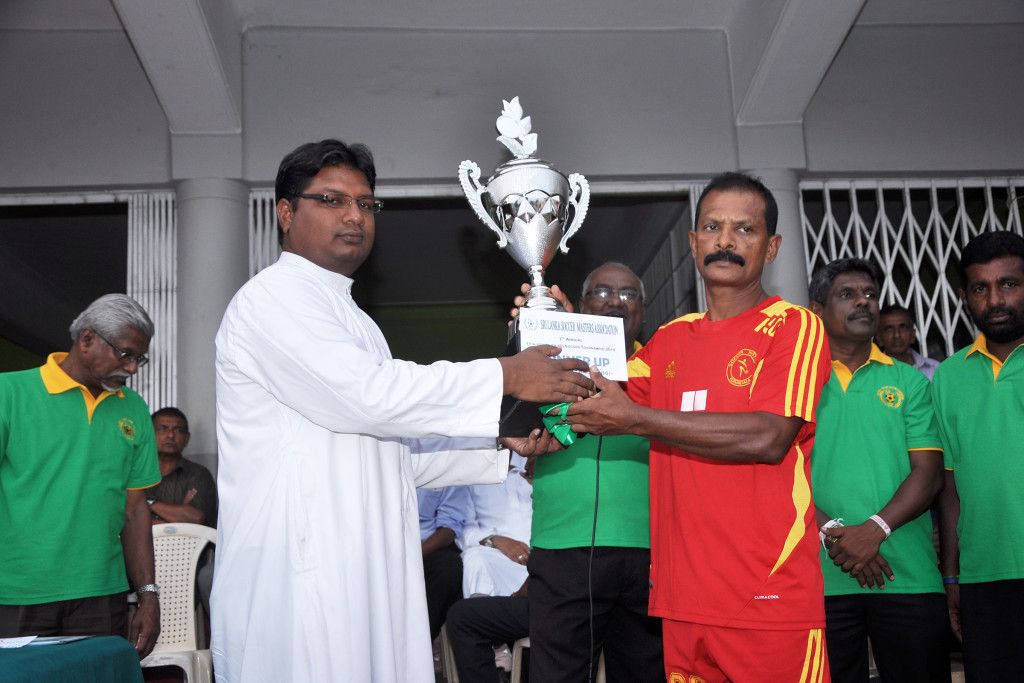 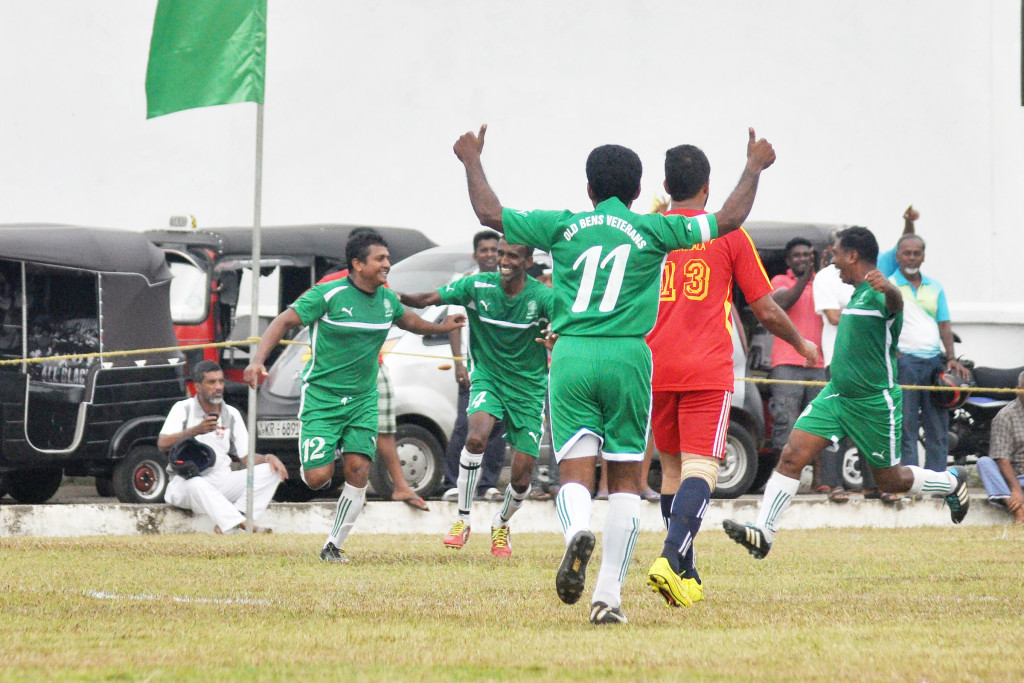 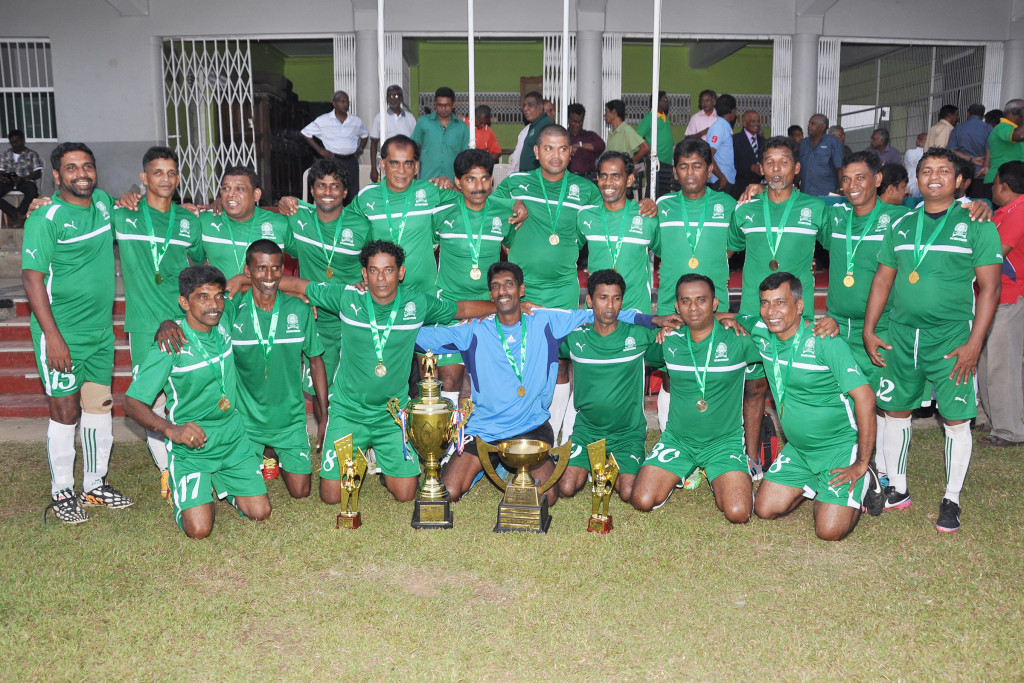 Old Bens defeated Kurunegala Veterans 3-0 in the final of the ‘Over 40’ Championship 2015, at the St. Benedict’s Ground, Kotahena.

Romesh Wallace scored twice and Donald Fernando scored the 3rd goal late in the game to seal the match for the hosts. With the win, Old Bens retained the ‘Thilak Peiris Challenge Trophy’ for another year.

This is the third time Old Bens have won this trophy. In 2010 they won under the captaincy of Athula Perera and again in 2014 under the leadership of Sisira Perera.

A large bipartisan crowd thronged to the St. Benedict’s ground to witness the final and they were thoroughly entertained.

The game got off to a good start and veterans from both sides recollected their youthful talents by producing some entertaining football. Some of them even matched the youngsters who are currently playing for clubs.

Their calculated passes, attacking football and above all their sportiness were an example for the youngsters.

Both teams failed to find the net in the first half as the defenders and goalkeepers did spoil the attempts of their opposing forwards.

However in the second half Old Bens showed their class by sending long passes and the two forwards Romesh Wallace (2) and skipper Donald Fernando scored three quick goals during the last 15 minutes to seal the victory for their side.

Romesh Wallace of Old Bens was awarded the Most Valuable Player and his teammate T. Johnson won the Best Goalkeeper Award.

On the road to the finals Old Bens defeated Old Petersons 1-0 in the quarter final and beat Super Stars 3-0 on penalties in the semifinal after the match ended 0-0.

Kurunegala defeated Badulla Veterans 2-1 in a close encounter and although Badulla lodged a protest for an unregistered player, the decision came in favour of the winners. In the semifinal Kurunegala once again won with a 2-1 score, this time against Negombo Veterans.

Kurunegala Veterans twice came to quarter finals in the past, only to be beaten by Kandy Veterans in 2014 and by Trinco Veterans in 2013. This was the first time they made it to the finals.

The Over 40 soccer tournament was organized by Sri Lanka Soccer Masters Association for the seventh successive year and more than 40 clubs from all over from the island participated in this tournament.