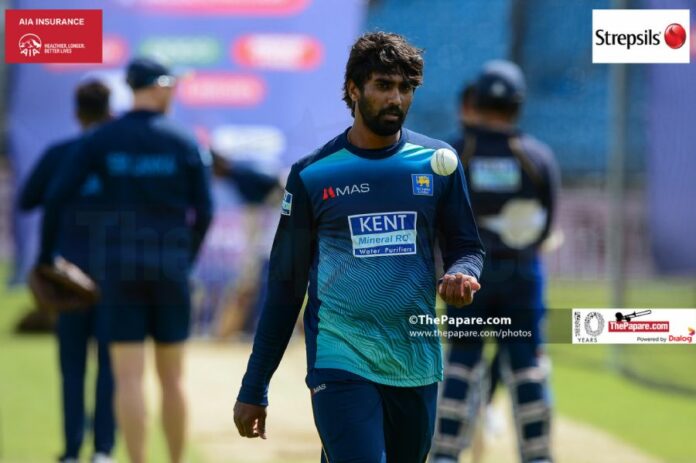 Sri Lankan seamer Nuwan Pradeep has been ruled out of the upcoming ICC Men’s T20 World Cup due to a hamstring injury.

The fast bowler picked up the injury during the 1st T20 of the ongoing tour to Oman, and SLC has said that he will be out of form to play Cricket for two to three weeks.

Pradeep bowled really well in the warm-up game against Oman, picking up 2 wickets for 7 runs in his 2 overs.

Sri Lanka are yet to name a replacement for the bowling all-rounder Lahiru Madushanka, who injured himself during Sri Lanka’s last assignment against South Africa. Now, with Pradeep having been ruled out as well, Sri Lanka has to name 2 players to complete their World Cup squad.

The deadline given by the ICC to name the final squad is the 10th of October, and Sri Lanka’s T20 against Oman on the 9th will be crucial in determining this matter. However, Sri Lanka has the privilege of a little more time to make changes as these are injury replacements.

This could be the end of the road for Nuwan Pradeep, as seeing the 34-year-old fast bowler in the next World Cup seems quite far-fetched.