Home Cricket Malinga lights up Pallekele with another 4 in 4 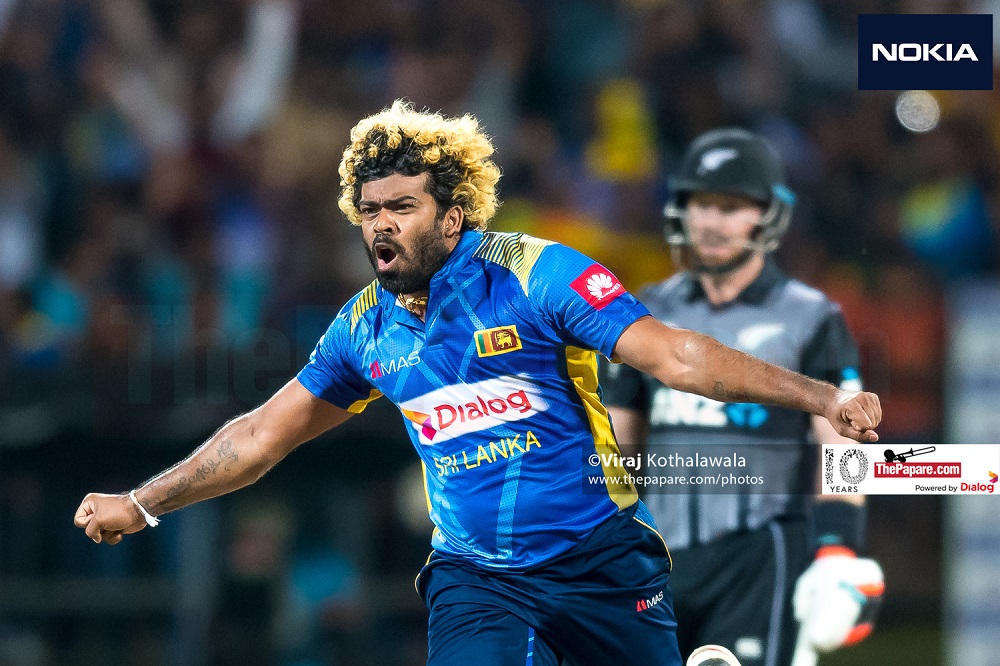 A Lasith Malinga special sealed a special win by 37 runs in the final match of the T20I series between the visiting New Zealanders and Sri Lanka at the Pallekele International Stadium in Kandy.

Sri Lanka skipper Lasith Malinga, who was still searching for his first win in 2019 as captain after 14 internationals (8 ODIs & 6 T20Is), won his 3rd consecutive toss in the series and opted to bat first once again, in the dead rubber.

Sri Lanka had to make two forced changes to the playing XI which played the 2nd T20I with Kusal Mendis and Shehan Jayasuriya being ruled out. Danushka Gunathilaka and Lahiru Madushanka filled the gaps while the visitors made 3 swaps for Martin Guptill, Tom Bruce and Ish Sodhi in the form of Hamish Rutherford, Ross Taylor and Todd Astle.

Colin de Grandhomme steals the series away from Sri Lanka 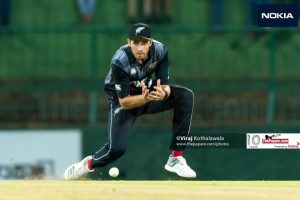 Kiwi skipper Tim Southee, as reliable as ever, delivered another brilliant spell up front with pin-point accuracy to restrict the Sri Lanka openers from making the maximum use of the powerplay.  His opening spell of 3 overs went for only 11 runs.

Gunathilaka managed to sneak 4 boundaries in a Seth Rance over, but soon Southee decided to let the spinners unleash in the used Pallekele pitch.

The Sri Lanka batsmen struggled throughout the innings to read the Kiwi spinners as the top 6 batsmen fell before Todd Astle and Mitchell Santner’s mastery.  Once a weapon for islanders, now a deadly enemy of Sri Lanka, spin caused the early damage as both spinners picked 3 wickets each.

Astle’s googly produced all 3 wickets for him, deceiving Gunathilaka, Avishka Fernando and Dasun Shanaka while Santner went on his usual business, with a combination of change of pace and arm balls.

Sri Lanka vice-captain Nirosan Dickwella looked in a great touch in his short stay but he too fell for 24 runs after 3 quick boundaries. After a few lower order contributions by the lower order, Sri Lanka crawled past 100 to set a target of 126 runs for New Zealand.

With an easy chase at hand, the visitors started the innings all guns firing but little did they know, what was about to happen!

With only a few runs to defend, Sri Lanka skipper Lasith Malinga needed to attack if Sri Lanka were to make any of this match, that is exactly what Malinga produced. 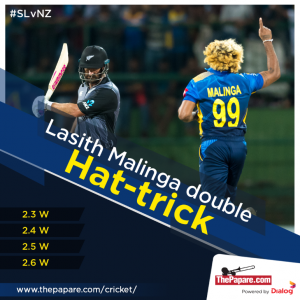 With Malinga’s magic Sri Lanka resurrected from an almost impossible position to have the hopes of a famous win. He later delivered again in the next over to complete a 5-fer by picking up the wicket of Tim Seifert. While doing the 4 in 4 act, Malinga also became the first cricketer to take 100 wickets in T20Is.

Later the Akila Dananjaya and Wanindu Hasaranga combo came to the party, sharing 3 wickets between them, reducing New Zealand to 9-52. A 36-run partnership for the 10th wicket mainly boosted by Tim Southee wasn’t enough for New Zealand to climb back from the early collapse as they were bundled out for 88.