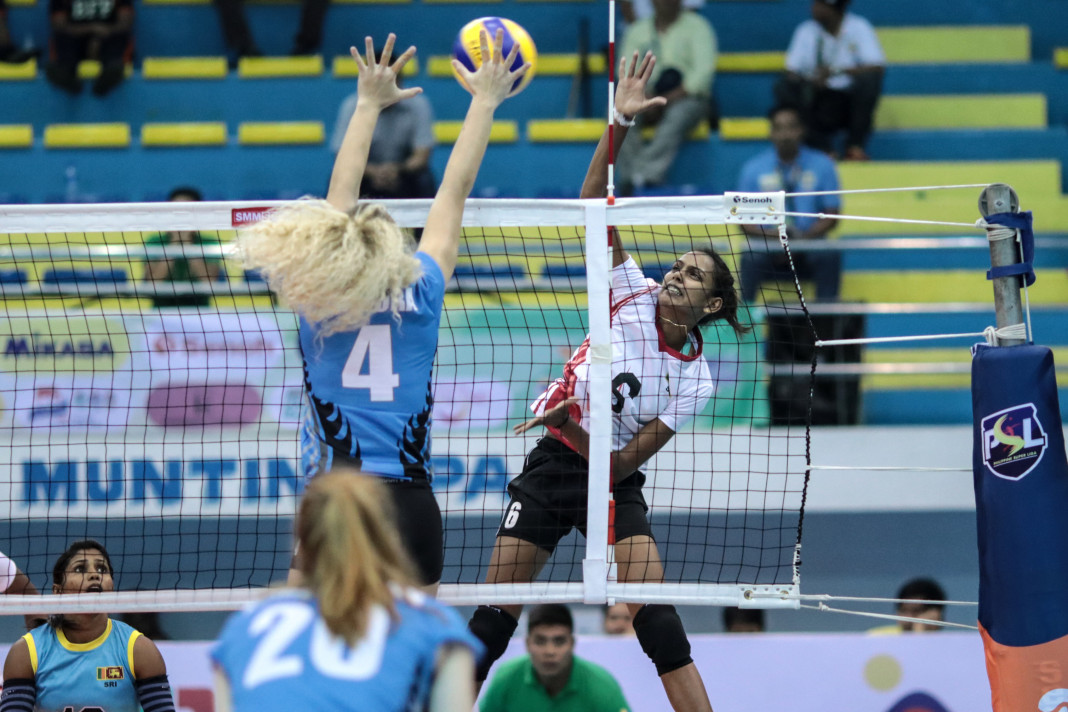 2015 silver medalists South Korea was made to break a sweat before hammering a fighting Sri Lanka side in straight sets in a pool C match ….

After losing out to the much superior South Korea and Vietnam, Sri Lanka were determined to showcase an eye-catching performance and even pull-off an upset against the world ranked 64th New Zealand.

Sri Lanka started off brilliantly to win the 1st set 20-25 thanks to some fine attacks from Thilini Wasana, the Sri Lanka U23 captain. In the 2nd set Sri Lanka found themselves down by just two at 22-20 but were unable to close the gap as New Zealand won the 2nd set 25-23.

Sri Lanka’s morale looked to have been dented somewhat as New Zealand took advantage of it to lead the game 2-1 winning the 3rd set 25-18.

In the 4th set where Sri Lanka needed to win to keep the match alive they fought neck and neck with their opposition. At one time scores were deadlocked at 14 all. However, Sri Lanka were unable to sustain the pressure as New Zealand sealed the win, taking the 4th set 25-19.

Sri Lanka struggled with poor reception and started to be riddled with unforced attacking mistakes after their first set win.

Sri Lanka will now have to win against Hong Kong, who defeated them back in 2015 to finish 13th, if they are to have any hopes of finishing in the top 12.