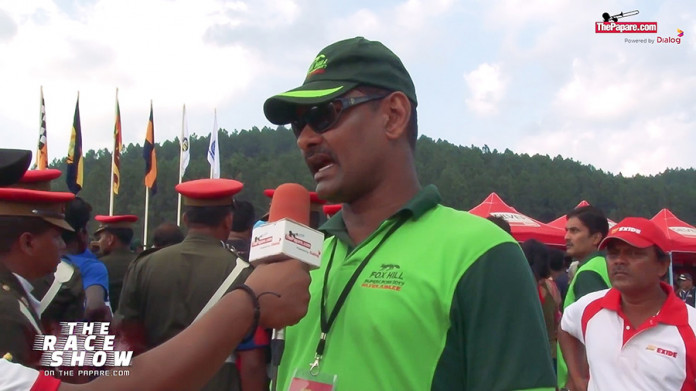 Motor sporting in Sri Lanka has been a sport which draws large numbers and is reportedly one of the most viewed sports on television second to only Cricket.  Despite the ever increasing crowd interest and enthusiasm for the sport, the governing body, SLAS has been criticized for not actively dictating terms on the sport and letting the member clubs control the running of the sport.

ThePapare.com contacted the newly elected president of the SLAS Mr. Dilhan Jayawardane to find out what changes he plans to bring to the governing body that has been plagued with numerous short comings in the past.

“I have requested my committee to work towards a 3 D concept which symbolizes Discipline, Development and Delivery. “

Explaining further how this concept would be used for the betterment of the sport, Mr.Jayawardane added that,

“In anything we do it is very important that we as the governing body uphold discipline. At the moment there is no respect for the governing council and we will only be able to command respect from the member clubs if we uphold discipline at the highest. As the governing body it is also our responsibility to develop the sport, and by development it’s important that we provide opportunity to more people to enter into the sport as well as provide opportunities for the current drivers and riders to develop train and up skill themselves. It’s also important that we provide our drivers and riders with chances and exposure to international competition”

Mr. Jayawardane was also of the opinion that there are two factors of racing that were very active in the past but needs to be developed for the betterment of the sport  “a decade ago there was real good interest in formula racing and TSD rallies. We hardly see any competitions taking place and we will have a big emphasis on these two aspects and will look to increase the number of competitions”

Talking about the final trait of the 3D concept Mr. Jayawardane spoke of how they plan on delivering the plans.

Speaking about new changes brought in Mr. Jaywardane added that

“we have made arrangements to bring in reputed individuals who are not part of SLAS governing body for some of the sub committees, as an example apart from the three members of the governing body the disciplinary committee will consist of a retired high court judge, a ministry representative and also Mr. Suren Cook who is a very well respected veteran in the motor sporting fraternity.  We have also involved Dilantha Malagamuwa in our Track inspection committee as we felt he will be able to add in a lot of value with his vast international experience”

ThePapare.com wishes to congratulate all the members of the newly appointed committee and wish them good luck in their endeavors to lift the quality of motor racing in the Island.