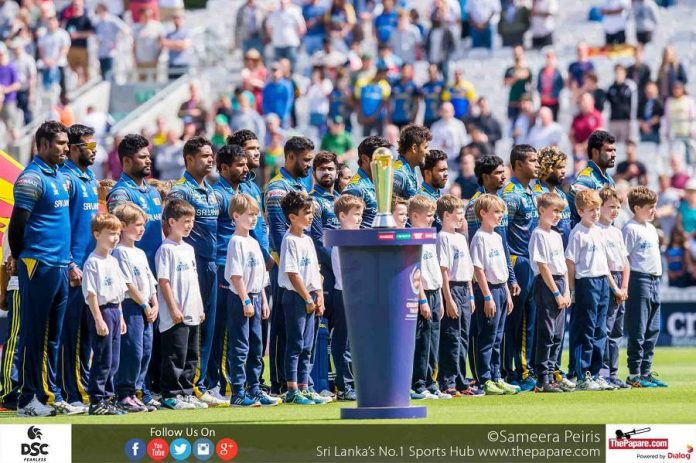 The path to the 2023 ICC World Cup is contested between 32 countries through 3 tiers.

Super League is purely an organized version of the Bilateral Series, which the major countries have taken part in for a number of years. The league will add structure and context to these fixtures.

The league will commence in May 2020 and end in March 2022, giving the countries a period of 1 year to prepare for the 2023 World Cup. During this period, teams will organize ODI tours at their will outside of the Super League.

Unlike the ICC Test Championship, the point system used in the Super League (as well as the League 02 and Challenge Leagues) is a conventional points system, since all teams will play the same number of matches throughout the tournament.

12 full members automatically qualified to play in the inaugural edition of the ICC CWC Super League and the 13th spot was awarded to Netherlands who won the ICC World Cricket League Championship 2015-17.

Fixtures
Each team will play against 8 teams out of the 12 available opponents. The members chose their opponents by mutual agreement. 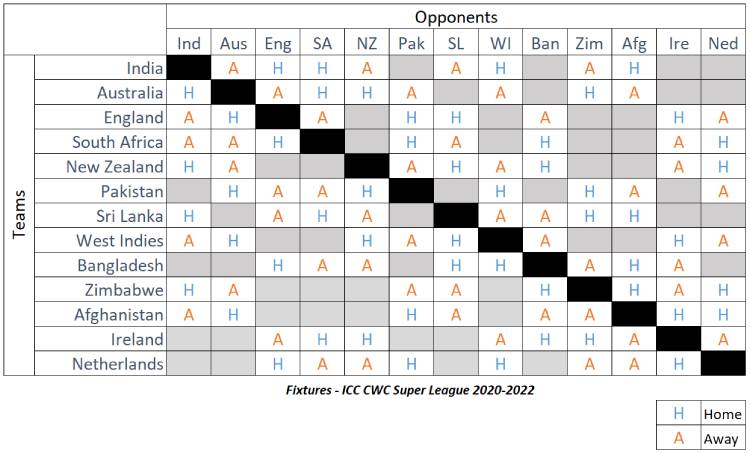 (Apart from these Super League fixtures, Sri Lanka is scheduled to play the Bilateral ODI Series against Australia, Pakistan, India and New Zealand, an ODI Tri-Series with South Africa and Ireland, as well as the 2022 Asia Cup between March 2022 and January 2023.)

Qualification for 2023 ICC Cricket World Cup
the top 7 teams out of 13 participants of the Super League as well as the hosts (India) will qualify for the 2023 World Cup. The other 5 countries will have to contest in the 2022 ICC World Cup Qualifier for the 2 remaining spots in 2023 ICC World Cup.

The 7 other countries who have ODI status will battle it out in a modified version of the ICC World Cricket League Championship, now called the ICC Cricket World Cup League 02. This tournament started in August 2019 and will run until January 2022.

The next best ODI teams in the world (ranked 21st – 32nd) will compete in the ICC Cricket World Cup Challenge League, formed as 2 groups of 6 teams. This tournament started in September 2019 and will run until October 2021.

This tournament is a replacement for the previously held World Cricket League Tournaments. 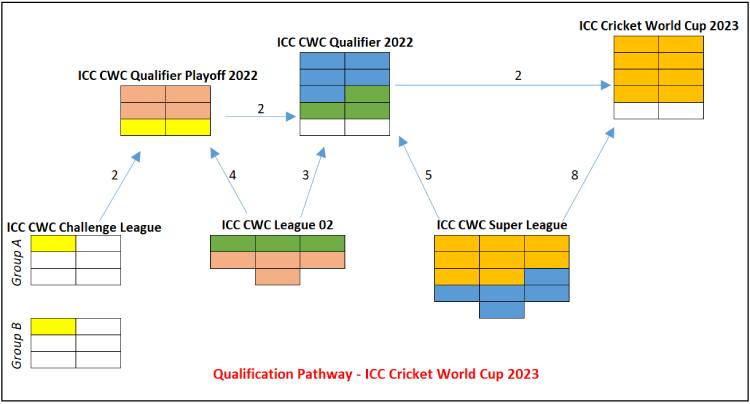 Apart from the qualification process for the 2023 ICC World Cup, there will be a Promotion and Relegation procedure through the leagues at the end of the 2019-2023 cycle. This will decide which countries would play in which leagues in the next ODI cycle from 2023-2027. 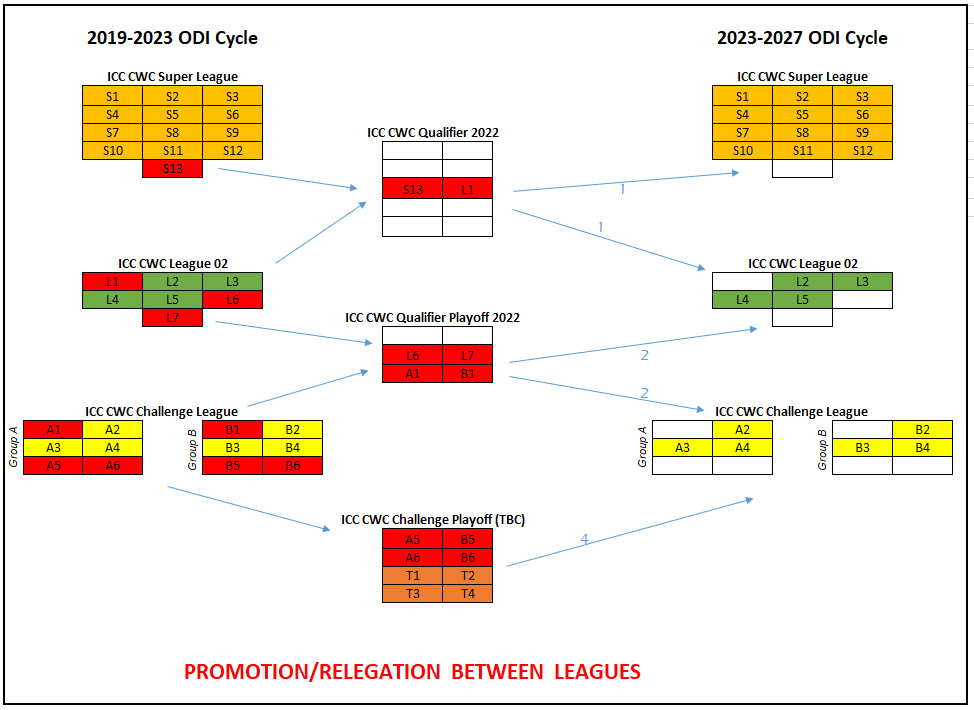 Farveez Maharoof steps up to help people in need