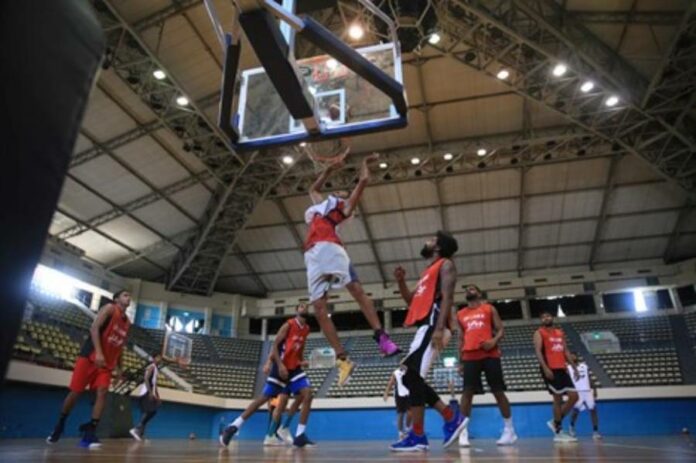 Aiming at being picked for the training squad for the upcoming South Asian Basketball Association (SABA), 112 players expressed their willingness to participate in the trials, with 51 players turning up for the trials. 40 cagers were picked in the initial selection and were further pruned down to a squad of 20.

SLBF are set to announce a final squad of 15 players in the coming days, and the squad will enter a Bio bubble until they take wing to Bangladesh for the SABA Championship, which is set be played out from 15th to 20th of November.

This will be Sri Lanka’s second international assignment of the year after a lengthy lay off, with the previous being the FIBA Asian qualifiers in Bahrain which was held in February this year.

Sri Lanka are the defending champions of the SABA Championship, having won the title unbeaten in Dhaka in 2018.

The championship will see Bangladesh, India, Nepal, Maldives, Bhutan and Sri Lanka battle it out to claim the regional bragging rights, with the top three seeds of the tournament qualifying for FIBA Asia cup pre-qualifiers.

Watch this space as Sri Lanka’s #1 Sports hub ThePapare.com is set to bring you all the developments as our National Cagers prepare to defend the SABA Championship title.