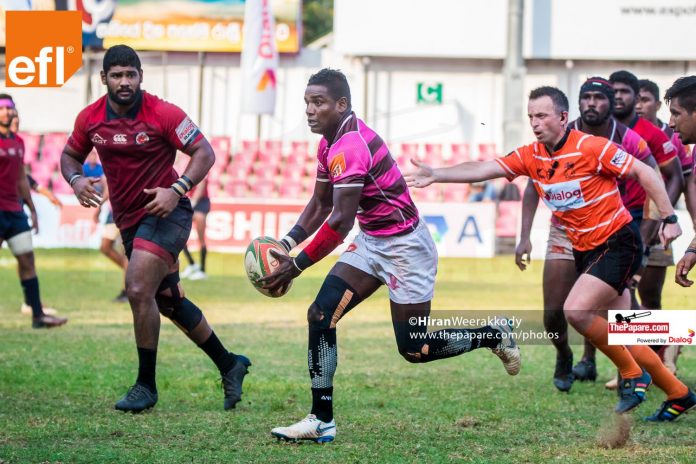 The defending champions of the Dialog Clifford Cup have appointed veteran national player Mithun Hapugoda to lead the team ahead of the Dialog Rugby League season that will kick off in November.

A product of Mahanama College, Mithun Hapugoda made it to the spotlight in 2009 when he made way to the Park Club to make his professional debut. Since then, the nippy scrumhalf has been a sensation in the club colours before making it to the national jersey.

In 2009, the performance by Hapugoda saw him shortlisted to the national sevens squad and has been a regular until injury struck him in 2014. Hapugoda has been a victim to a series of injuries keeping him away from the rugby field for over three seasons.

Last year was the turnaround year for Hapugoda who played his complete season after a long battle with injury. Coming in as an ‘x-factor’ player, Hapugoda was a match-winner that took the team to memorable wins.

The season for 2018/19 was a great season for Havelock Sports Club with them finishing 2nd in the league despite majority of their players exiting the club.

His exceptional performance got him shortlisted for the national fifteens squad that toured Chinese Taipei for the Asia Division I Championship.

It will be a huge challenge for Havelock Sports Club this season with a majority of its players exiting the club. What remains of Havelock are their juniors and the club are on the lookout to signing new players for the 2019/20 season.

Meanwhile, #8 and former Science College skipper Lasindu Ishan Karunathilake will be deputy skipper for the side for the upcoming season that will kick off in November.

ICBT make it two in a row!