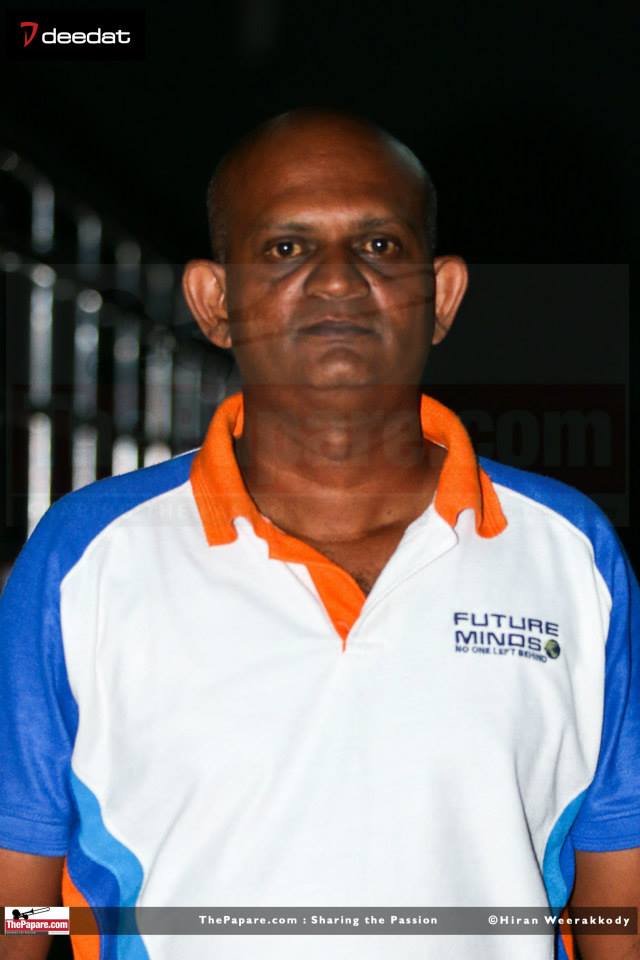 South Asian Basketball Championship looming in the horizon; ThePapare.com consulted the ideas of the newly appointed national coach Panduka Ranasinghe about the plan that for the National Basketball Team.

Panduka Ranasinghe needs no introduction to the basketball fraternity of the island. Commencing his basketball career playing for St.Peter`s College, he represented the under-19 team for three years and out of the three years they were the all-island champions for two years consecutively. Opting to pursue along the sport after bidding farewell to the school career, he played for the Sri Lankan combined schools team from 1986-1988 and went on to play for district level. He played in both Colombo and Kandy district teams from 1989-1996.

He began his coaching career as an ardent servant to his own college in 1985 as one of the assistant coaches. Shifting gears from there he went on to coach the school by the sea from 1988-1995. In his coaching reign the Thomians won the all island championships in all four age categories. Ranasinghe has coached many renowned schools in the island starting from Colombo to Kandy which includes the likes of St. Anthony’s College and Mahamaya Girls School.

Speaking about national coaching experience he said “My first national assignment was the tour of Japan in 1999 where I coached the National women’s team. After that I took over the under-18 side which toured India last year where we beat Bangladesh by ninety points and it was the first time in the history where we beat an international team with such a margin. Unfortunately we lost to the South Asian giants India by 23 points.”

“The pool for the tour is already selected and the team will be finalized with-in this week. Speaking about the national pool it is rich with potential with the most senior players. We have the likes of Praneeth Udumalagala, Sudesh Paiva and also Gayan Meedeniya.

Time is not on his side with the two odd weeks remaining for the tournament. Yet, he has already planned the course on how he will bring the young and experienced basketeers up to pace to face the South-Asian giants.

“Once the team is finalized; we will be pre-eminently focusing about the mental strength of the players. It is more to important to have a good mind set which will have nothing but the thought that we will win the championship, because with my experience I know that a player`s psychology can do wonders. After that we will tune up the shooting factor of the team and the rebounding factor together with defense. We might have a world class offence but if we don`t have a good defense and good rebounding then we will lose the game. So out of 100%, 40% will on mentality while the rest of the 60% will be equally divided into defense, offense and rebounding”.

Answering the question of the newly appointed office bearers of SLBA he said that it would be too early to comment but he does hope that they will live up to the expectations. Yet he willingly expressed his views on the Sri Lankan basketball standards. “The biggest problem of the country is that people think that basketball is a recreation sport but I must say that it could be transformed into an achieving sport because we have the talent and resources to do so.

The problem with Sri Lankan coaching is that we lack development coaches. The coaches all stick only to the point that they should win the championship to their school and not beyond. But the mind-set should change, they should focus on developing players so that one day those players could benefit the country as well. Also one vital point that we lack is following up on a certain team. For example the under 18 team that I coached beat Bangladesh by ninety points but when they returned to the country the team was just dispersed. If we did follow up on that team maybe we could have developed talent and bought in players even for this tour from that squad; bottom line is as that we lack proper planning on what we really want to do in the sport”.

To our question on where he wanted to have the national team placed when he retires from the position he said “Well it is quite a tough ask but I think if I can promote Sri Lanka to the first segment in the Asian Divisions I would be more than happy”.

ThePapare wishes him and his team the very best and hope he will be able to propel Basketball of Sri Lanka  to a new era.