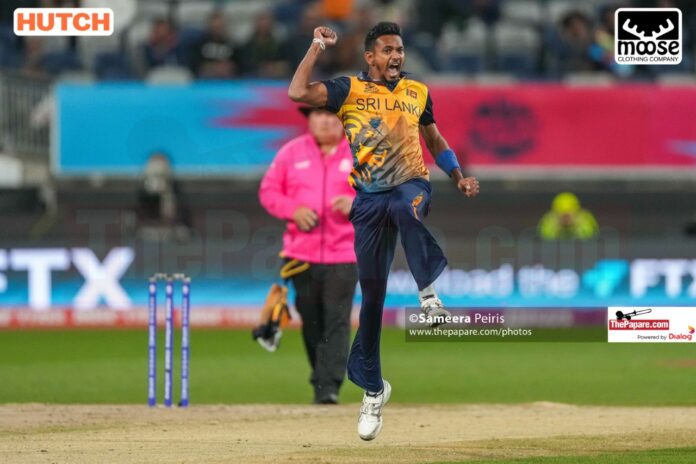 Sri Lanka put together a much needed, Net Run-Rate boosting victory against the UAE, but were hit with fresh injury woes, with ace speedster Dushmantha Chameera going off the field in the middle of his last over.

Chameera suffered a calf injury in August, just prior to the Asia Cup. According to Head Coach Chris Silverwood, today’s niggle was also in his calf, not great signs for Sri Lanka who have relied on him over the last 18 to 24 months as their lead quick. At the time of writing, there is no word on the severity of the injury as yet but Chameera is reportedly going in for scans, which will determine whether he will continue to play a part in this World Cup or not.

Pramod Madushan, Chameera’s partner with the new ball, was also off the field for the latter part of the UAE innings, while Danushka Gunathilake is said to have picked up a niggle in his hamstring at training last evening.

With left-arm quick Dilshan Madushanka already ruled out of the competition, losing Chameera would be a massive blow, with only Lahiru Kumara and Binura Fernando, who are also coming back from injuries, available for selection.