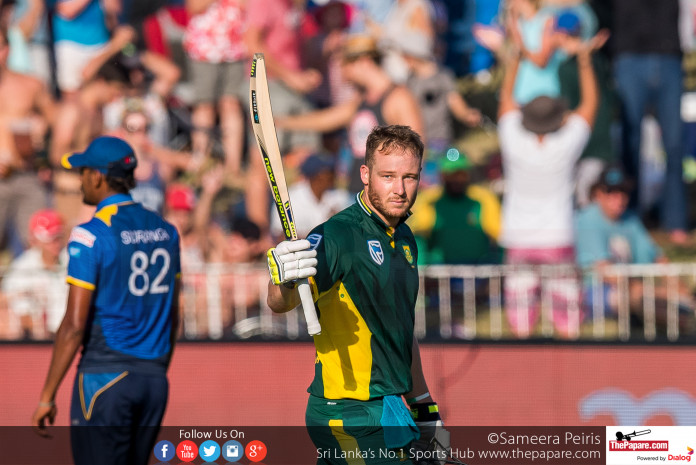 David Miller, South Africa’s middle-order batsman, has been ruled out of the rest of the five-match One-Day International series against Sri Lanka after he sustained a finger injury on his right-hand in the second game at Kingsmead, Durban. However, Cricket South Africa have decided not to call-up a replacement for Miller.

Miller, who crunched a brilliant 98-ball undefeated 117 in the second ODI, suffered a cut on his finger after he failed to pouch a chance offered by Niroshan Dickwella. As a precautionary measure, he didn’t return to the field.

“David required sutures to a laceration sustained while fielding a ball during the match last. He will need at least 7-10 days to recover and will miss the remaining three matches of the series. He remains available for selection for the upcoming tour of New Zealand,” team manager Mohammed Moosajee said.

South Africa won the first two games convincingly to lead the five-match series 2-0. The third game of the rubber will be played at the Wanderers on Saturday (February 4).