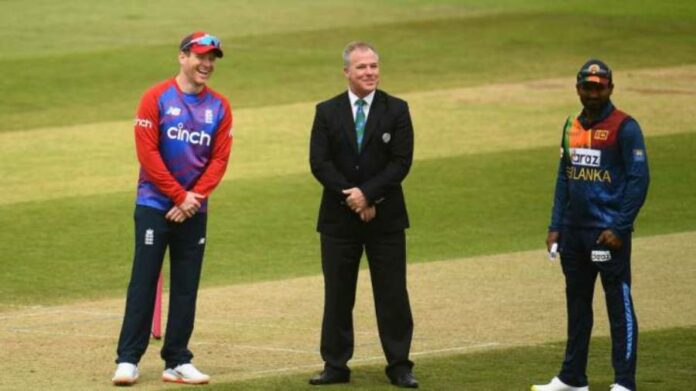 Phil Whitticase, the match referee who was officiating in the three-match T20I series between England and Sri Lanka, has tested positive for COVID-19. The 56-year-old is asymptomatic and will now isolate for 10 days, the England Cricket Board confirmed.

There are, however, no threats to the opening ODI between the two teams at Chester-le-Street scheduled for June 29. “Seven other members from the match officials and anti-corruption unit teams were deemed close contacts, including five members due to officiate at the first ODI on Tuesday, 29 June at Emirates Riverside, Durham. Those impacted will have to self-isolate for 10-days until July 7. No members of the two teams were impacted,” the ECB said in a statement.

England eased past hapless Sri Lanka and won the series 3-0. Post the three-match ODI series, they will play three ODIs and three T20Is against Pakistan.

Read : “Are these the best players Sri Lanka has got”- Sangakkara questioned by Atherton