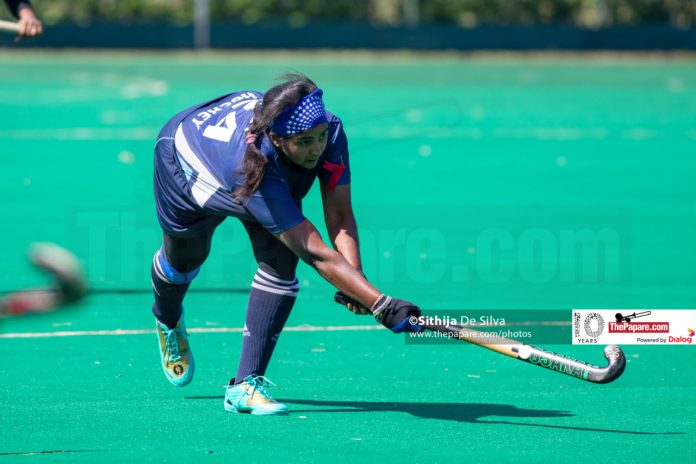 Masters Women’s category was dominated by the Kandy Blues Hockey team; They beat the Colombo Yellows in their road to victory.

In the Masters Women’s Category Colombo Yellow, Kandy White, Kandy Blue and Colombo Green qualified through to the semi-final while becoming the top two standings in the respective groups.

In the final both teams displayed an identical game which balanced both the offensive and defensive sides, putting together a keen contest.  The match saw aggressive intent from both teams who used different tactics and Kandy Blues managed to score a first goal in the first half. In the second half there were many chances to score for the both teams but neither team was successful in conversions, and ended the match (1-0) in favor of the Kandy Blues.

Consolation final was won by the Kandy whites against Colombo Green.