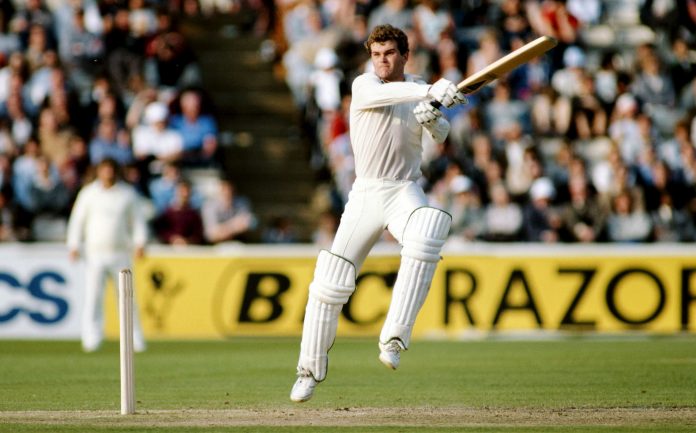 The Kiwis are in town. Their arrival has been so timely with tourism in Sri Lanka struggling to keep afloat following the deadly Easter Sunday bombings.

SLC CEO Ashley de Silva the other day revealed as to how his New Zealand counterpart David White was the first cricket official to speak to him soon after the attack and  pledge his board’s support.

SLC will be breathing easy that all New Zealanders turned up for the series without a fuss and the big series against England, six months down the line, looks safe now.

Sri Lanka Cricket was faced with a similar predicament some 27 years ago. The timely intervention of late Martin Crowe on that occasion saved Sri Lanka from cricketing isolation.

The Central Bus Station bombing in 1987 in Pettah killed over a hundred people and  the New  Zealand team under the captaincy of Jeff Crowe abandoned their tour after the incident. For five years, Sri Lanka was no go zone for international cricket teams and much like Pakistan these days, country’s cricketers suffered. Pakistan at least had a neutral venue in UAE while Sri Lanka had none such.

The 15-member squad for the first Test in the two-match Test series against New Zealand has been….

In 1992, Board of Control for Cricket had convinced Australia to tour the island in 1992. This tour was successful. New Zealand were next in, followed by England, West Indies, India, South Africa and Pakistan. Sri Lanka were in for a cricketing treat. But all that would have gone back to square one if not for one man. Martin Crowe is his name.

Crowe had played Test cricket in Sri Lanka as a 19-year-old when Geoff Howarth’s team toured the island in 1984. Three years later, he was the team’s premier batsman under his brother Jeff’s  captaincy. In 1992, he was the captain and he had some tough choices to make.

Navy Commander Clancy Fernando was travelling to his office from his official residence at Longden Place when he was assassinated by a suicide bomber right in front of Taj Samudra Hotel. The New  Zealand cricket team was staying at that hotel. The incident happened at 8:35 am with several players having breakfast in the balcony of their hotel. The blast shattered the windows of hotel rooms and the whole team was shaken up by the incident with human debris all over the walls of the hotel.

Read More: New Zealand teach us how to be gracious in defeat

The diplomatic advice for the team was to leave and majority of the team opted to go home. All the efforts of the Sri Lankan board to bring cricket back into the island looked as if had gone down in drain.  Thankfully, the magnanimous Martin Crowe came to their aid backed  by the New Zealand board.

Crowe convinced his players to stay.  But despite his request five of them – Mark Greatbatch, Dipak Patel, Gavin Larsen, Rod Latham and Willie Watson, wanted to leave. So did coach Warren Lees.  At this point Crowe displayed his diplomatic skills by asking for aid from New  Zealand. Some First Class players responded to his request including John Wright, who had retired from Test cricket. The others who turned up were Justin Vaughan, Michael Owens and Grant Bradburn. That wasn’t it. With the coach too gone back home, Crowe took up that role too.

The tour went on a revised itinerary. Apart from his diplomatic skills, Crowe exhibited his batting finesse. Battling a dodgy knee his battles with Muttiah Muralitharan were classic. Crowe had been dismissed for a second ball duck in the first innings. Forced to follow on after being shot out for 102 runs in the first innings, the New Zealand skipper posted a superb century in the second innings. He went onto call it the best hundred of his career. (Don’t forget to watch Murali’s thoughts on Crowe’s knock in our Legends segment that will be aired shortly.)

At one point, early on during his innings, Crowe had been given out caught at silly point by Asanka Gurusinha. But he stood his ground and  leg-umpire T.M. Samarasinghe had to intervene and explain that Gurusinha had caught it on the bounce. Umpire Ignatius Anandappa overturned his decision. In this day and age, that would have copped Crowe a six match ban!

Crowe’s career best Test score also came against Sri Lanka. Following Aravinda de Silva’s majestic 267 at Wellington in 1991, the tourists looked set to win their first overseas Test match.  Crowe came up with a terrific effort to earn his side a draw. He almost became the first New Zealander to score a triple hundred. He was dismissed for 299. To date, only Test cricketer to miss a triple hundred by just one run. And you know what was worse? Of all people, he was dismissed by Arjuna Ranatunga.

“I feel rather as if I had been climbing Everest, and pulled a hamstring on the last stride,” Crowe said after the game.

“After 10 hours of holding my concentration, I stood at the wicket and the thought entered my mind for the first time ever, ‘Wow, I will be the first ever to score 300 for New Zealand’. It stole my focus. As Arjuna ran in, I forgot my mantra: watch the ball, watch the ball. The ball was delivered and I never saw it, it became a blur.”

Crowe lost his battle with cancer in 2016 and passed away. He was only 53. His magnanimous gesture in going out of his way and ensuring the 1992 series continued is remembered by all Sri Lankans.