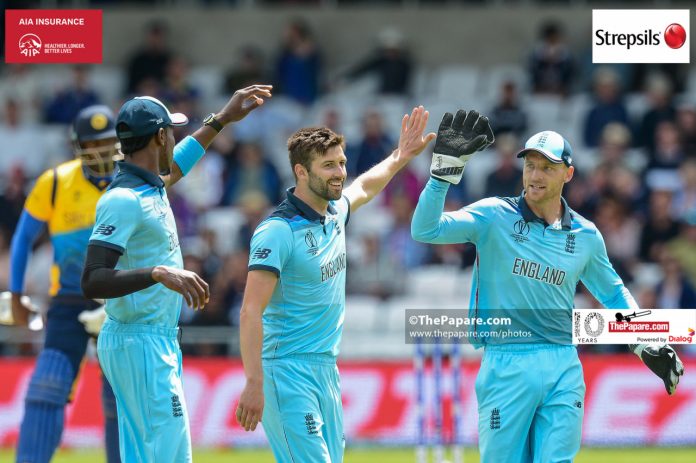 Mark Wood has been ruled out of England’s Test tour of Sri Lanka next month after suffering a side strain at the end of the recent South Africa tour. Lancashire fast-bowler Saqib Mahmood has been called-up to the squad as a replacement.

Wood played the final two Tests in South Africa after missing the first and second matches whilst recovering from an operation on his right knee last summer to clear some excess cartilage. He made an impressive impact on his return to Test action, taking nine wickets in the final game in Johannesburg and bowling consistently over 90mph.

He then played all three T20Is but picked up the side injury during the last knockings of that series. He conceded 47 runs off three overs in the final match at St George’s Park. Scans back in the UK confirmed a small tear to Wood’s left side and he will commence an injury rehabilitation programme with the England and Durham medical teams in a bid to be fit for the start of the domestic season.

It is yet another injury setback for Wood. He suffered a similar injury to the same left side of his body during the World Cup final at Lord’s last July. That, together with knee surgery, ruled him out of the rest of the English season and he only returned to action in South Africa. He has also had a number of issues with his ankle which has cost him plenty of game time.

Wood’s replacement, the uncapped Mahmood, is ideally suited to sub-continental conditions with his genuine pace and ability to generate reverse swing from a slingy action. He played one game in the ODI series in South Africa but did not head to Australia to play for the Lions after that as planned because of knee soreness. Now recovered, he will join the rest of England’s squad flying to Sri Lanka on Monday (2 March).